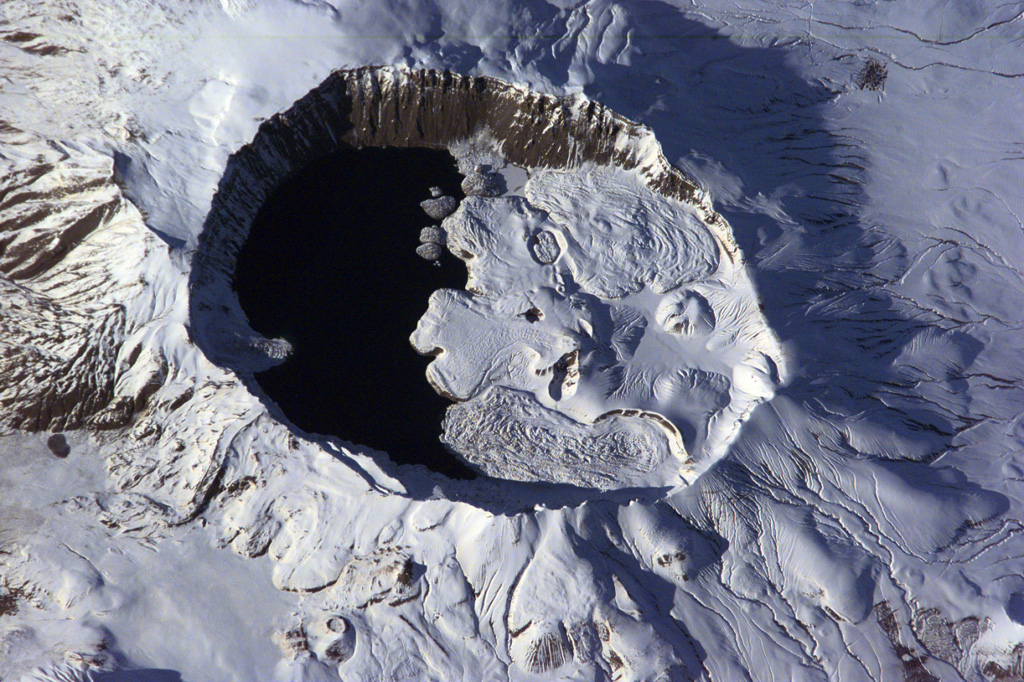 The summit of Nemrut Dagi is truncated by a 5 x 9 km caldera near Lake Van in eastern Turkey. A lake that partially fills the western side of the caldera is constrained by post-caldera eruptions that produced glassy obsidian lava flows from domes on the eastern caldera floor. A series of scoria cones and lava domes were erupted along N-S-trending fissures on the northern flank. Ash layers in Lake Van document numerous Holocene eruptions from Nemrut Dagi. 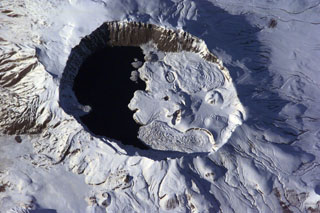