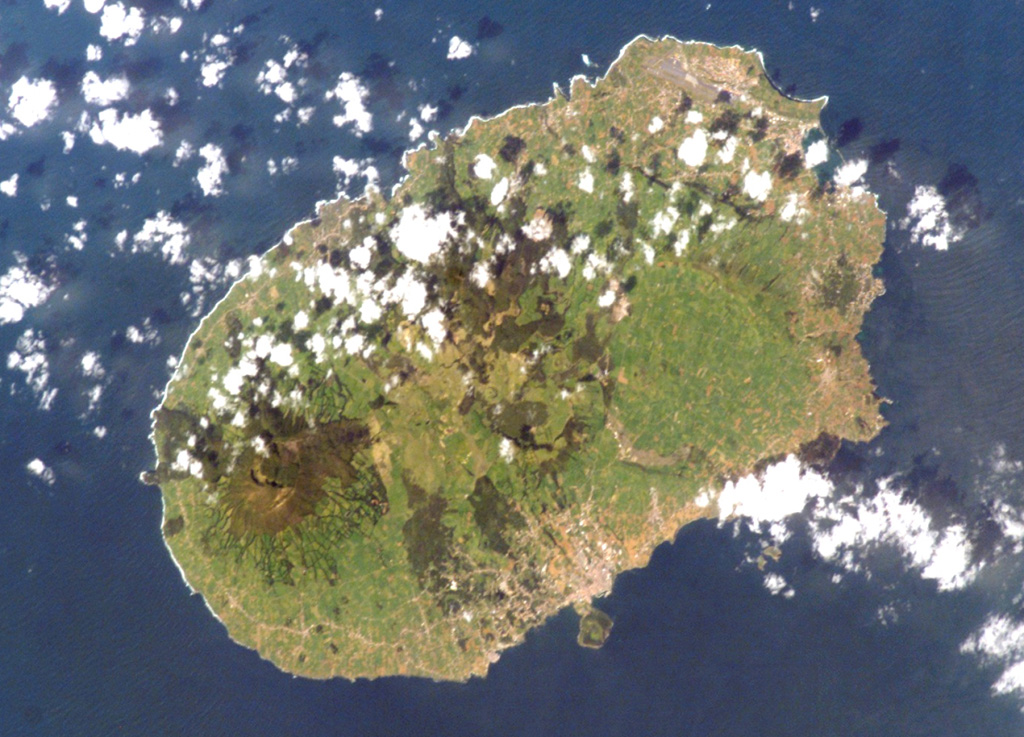 Terceira Island, seen here from the Space Shuttle, contains four stratovolcanoes constructed along a prominent ESE-WNW-trending fissure zone cutting across the island. The summit caldera of Santa Barbara, the westernmost volcano (and the only one active during historical time) is the dark-colored area at the left. Cinco Picos caldera can be faintly seen at the center, with the broad Guilherme Moniz caldera at the right. Historical eruptions have taken place from the rift zone and offshore vents.