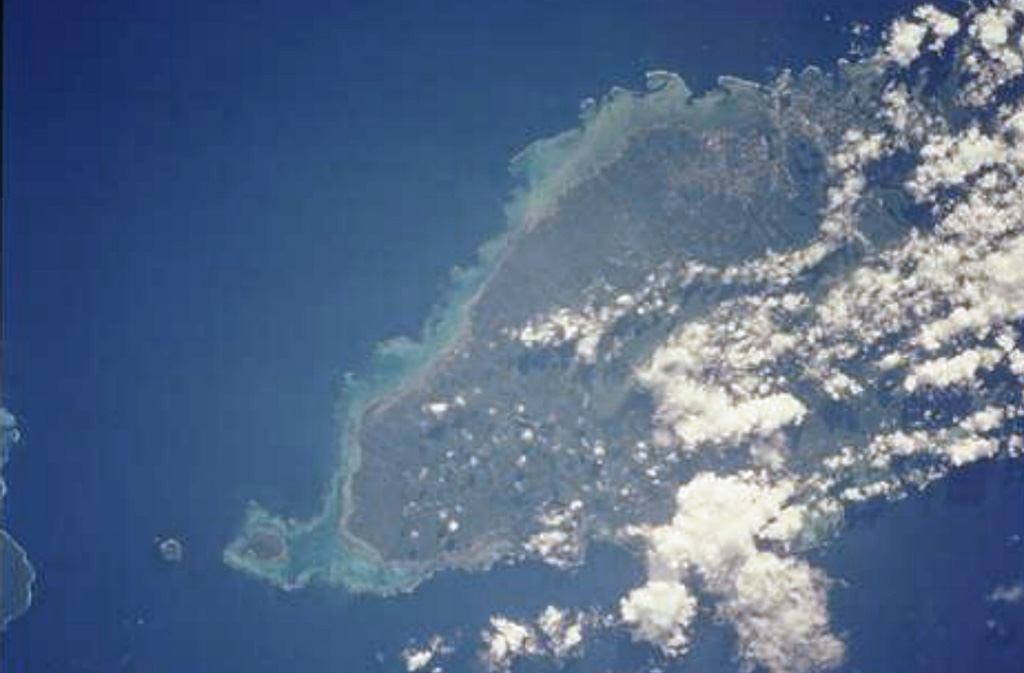 The massive, basaltic shield volcano forming 75-km-long Upolu Island in Samoa is seen in this Space Shuttle view (with north to the upper left). The youngest lava flows, erupted after a lengthy period of erosion, originated from vents near the crest of the island and may be only a few hundred to a few thousand years old. Apolima Island, the small circular island west of reef-bounded Manono Island off the western tip of Upolu (lower right), is a Holocene tuff cone too young to be fringed by a coral reef. 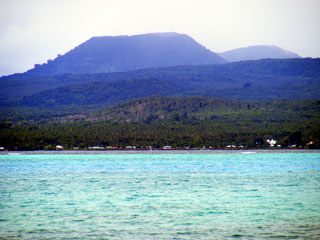