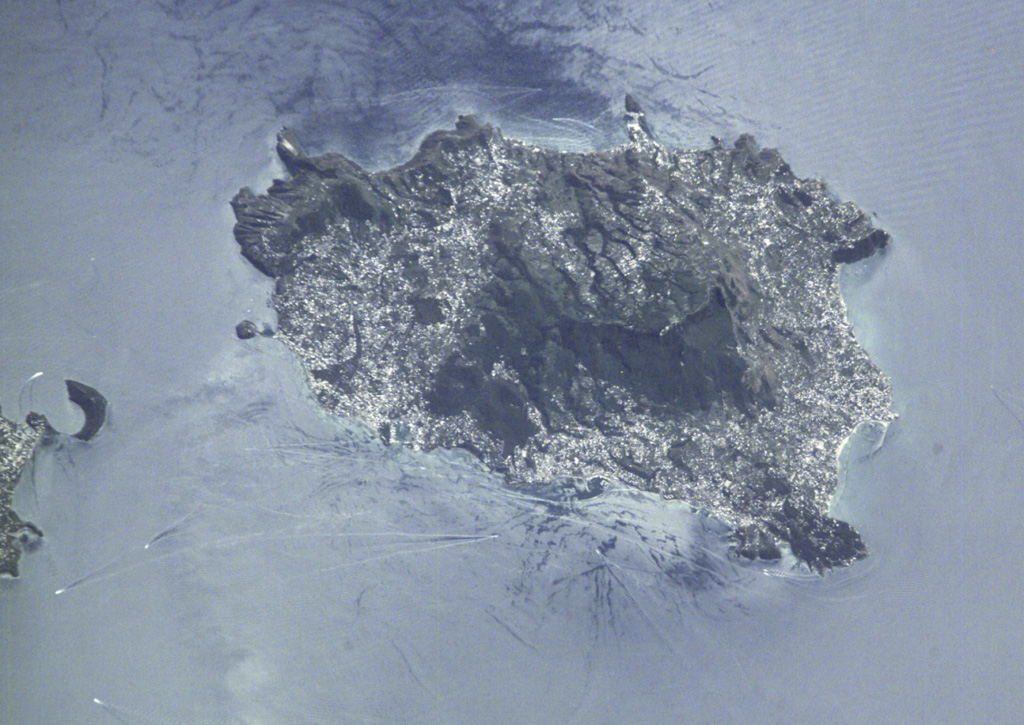 The Ischia volcanic complex forms a 6 x 9 km island W of the Bay of Naples seen in this International Space Station image. Tectonism has influenced volcanic activity at Ischia, and its high point (the dark-colored area in the center) is a horst (raised fault block) composed of ignimbrite deposits associated with Pleistocene caldera formation. During the Holocene, a series of pumiceous tephras, tuff rings, lava domes, and lava flows were erupted. 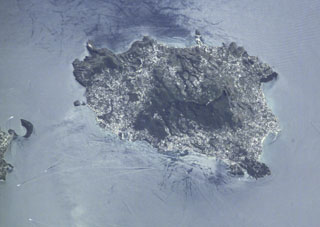