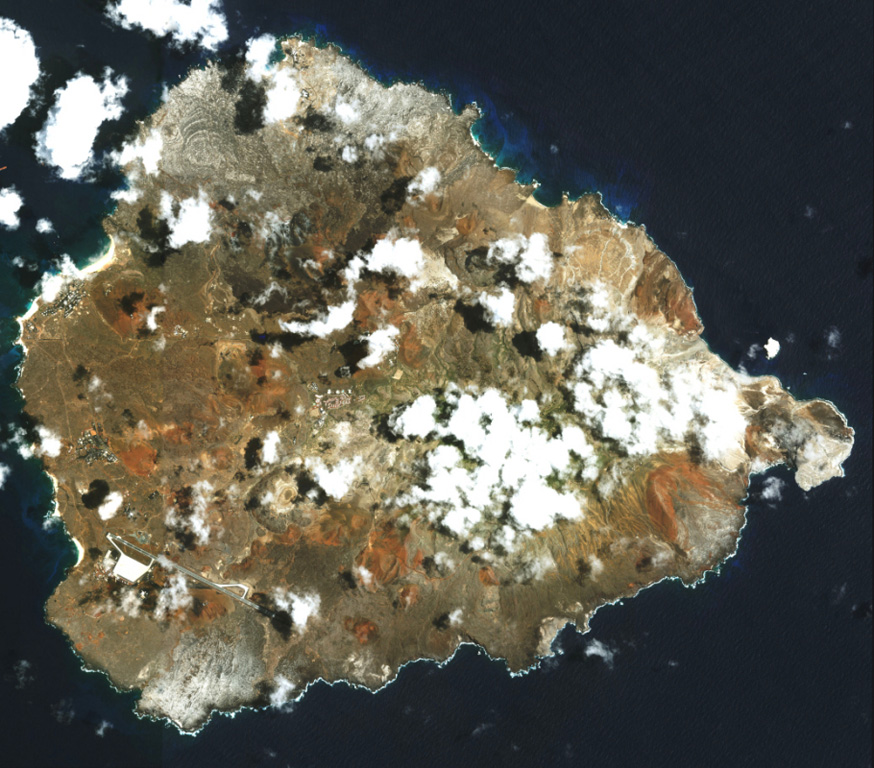 Ascensión Island, located just west of the Mid-Atlantic Ridge, was discovered on Ascención Day, 1501, by the Portuguese navigator Joao da Nova. Today a center for telephone and radio communications and satellite tracking, Ascensión is the summit of a massive stratovolcano rising 3000 m above the sea floor. The isolated island, about 1130 km from the nearest land, has had no historical eruptions, but is dotted with more than 100 youthful parasitic cones and lava domes. Young lava flows can be seen along the NW and SW coasts. 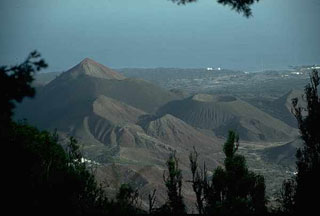