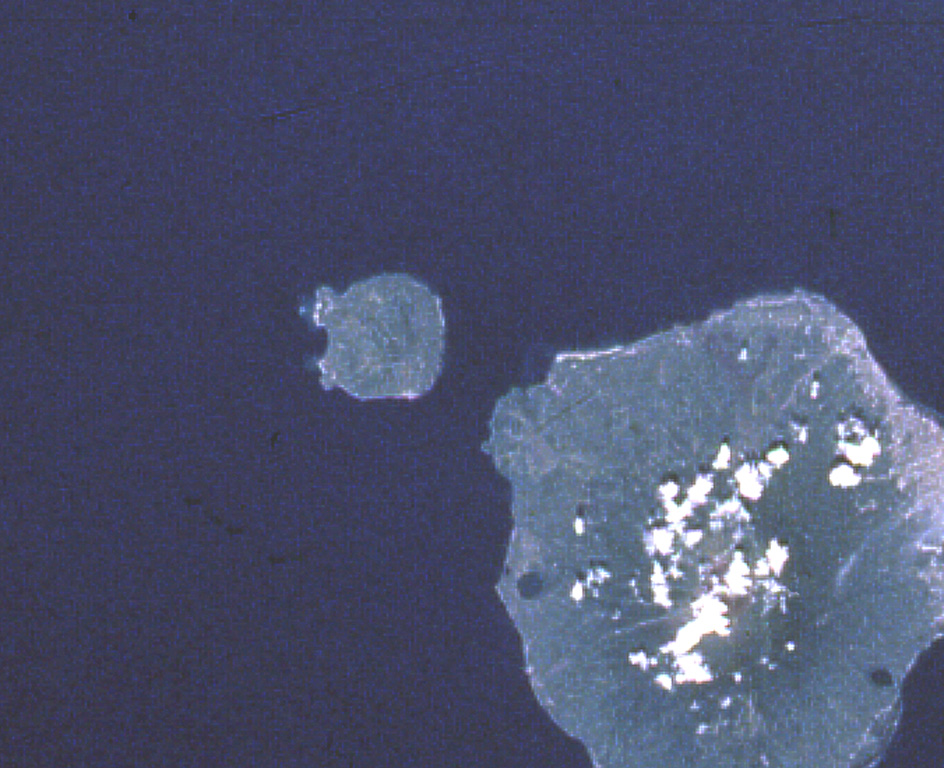 Hiri (left-center), a small 3-km-wide forested island immediately north of Ternate Island (lower right), is the northernmost of a chain of volcanic islands off the western coast of Halmahera. North is to the upper left in this Space Shuttle image. Little is known of this volcano, although it was mapped as Holocene in age. In contrast to Hiri, the better-known Gamalama volcano that forms Ternate Island has been active during historical time, including a 1775 eruption from the small lake-filled maar visible on the NW coast of the island. 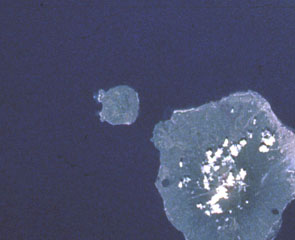