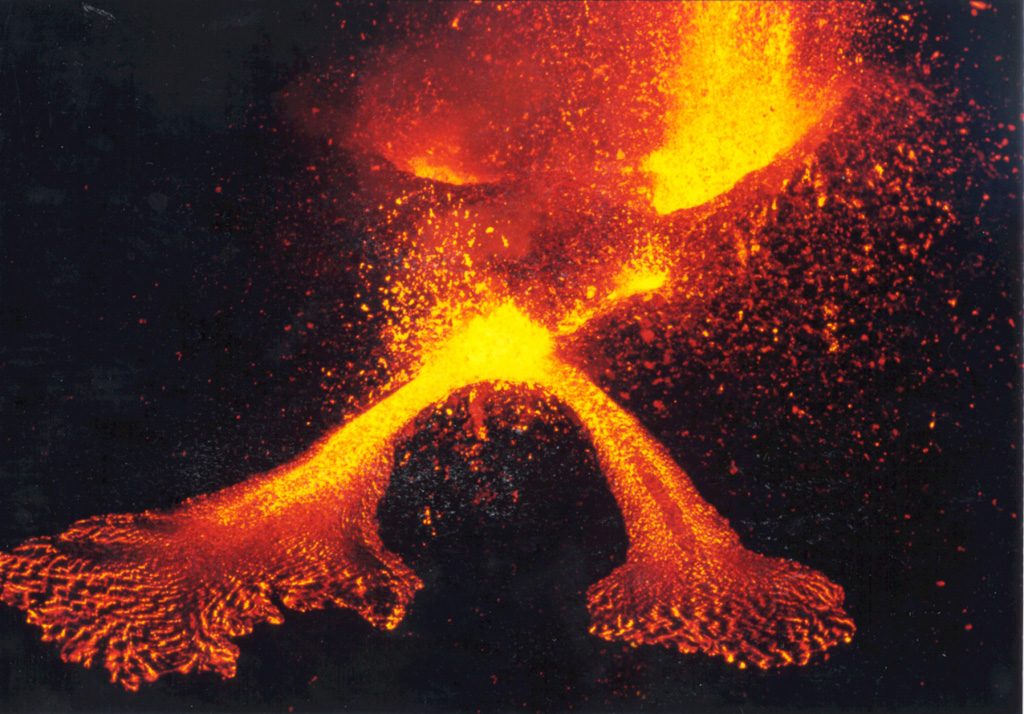 Two vents and lava flows inside Etna’s Voragine crater within the Central Crater are seen in July 1998. Explosions on 17 June and 12 July 1994 were the first sign of explosive activity since the end of the 1991-93 eruption. Intermittent eruptions from the Central Crater, Northeast Crater, and Southeast Crater continued into 2001. Paroxysmal eruptions on 23 December 1995 produced lava fountains as high as 500-600 m, and an eruption column that rose 6.2 km above the summit.