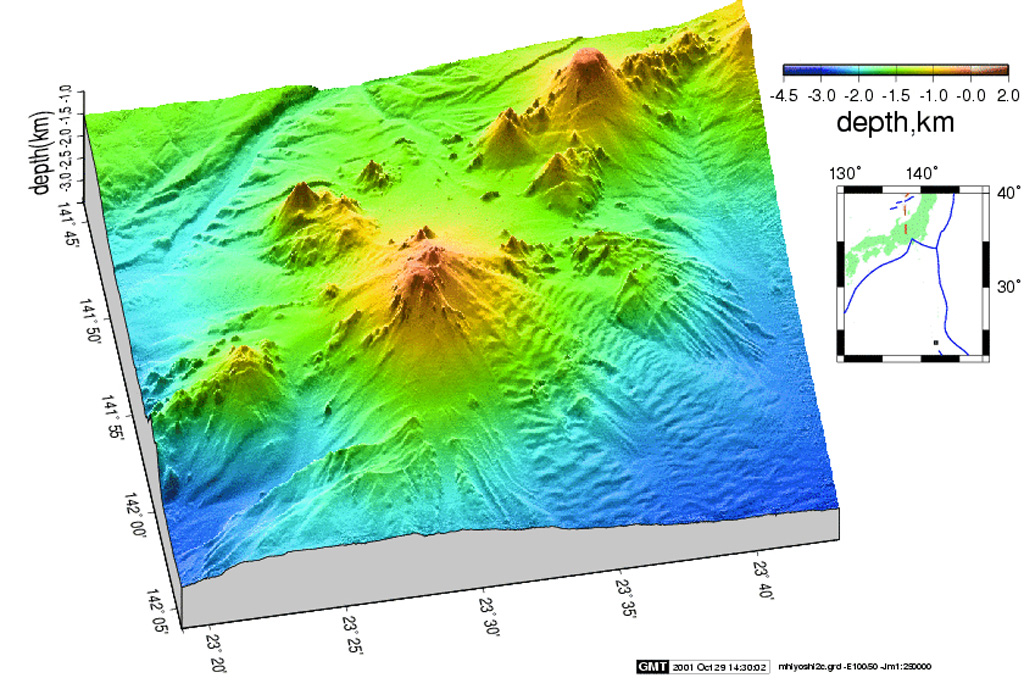 Minami-Hiyoshi (center) is seen in this Japan Coast Guard bathymetric image with N to the right. Periodic water discoloration and water-spouting have been reported over this submarine volcano since 1975 along with audible detonations and an explosion. Minami-Hiyoshi lies near the SE end of a coalescing chain of seamounts. Naka-Hiyoshi (upper right) lies to the NW and Ko-Hiyoshi seamount (left) to the SSE.