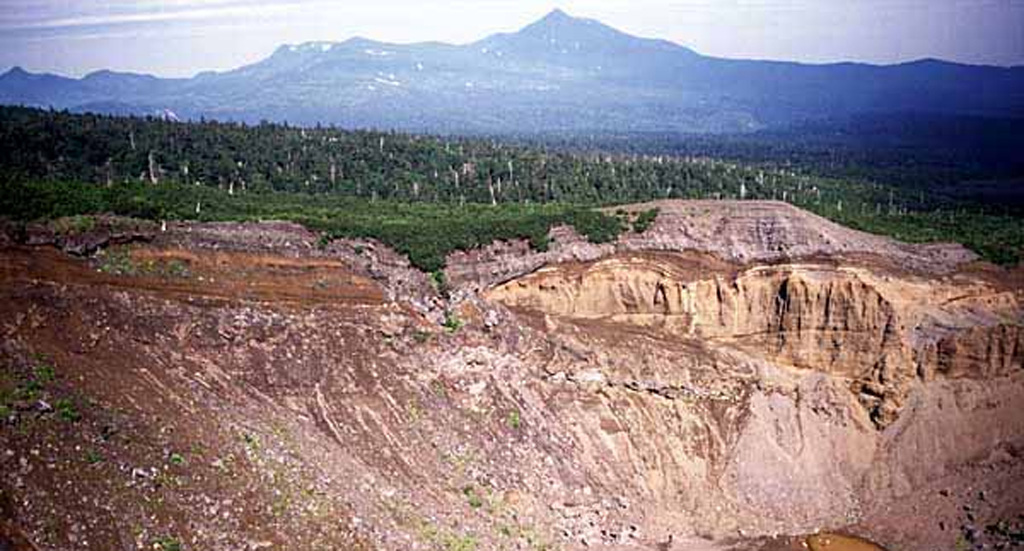 Ruruidake is composed of the cone on the horizon and the gently sloping Smirnov to the left. It is located at the NW tip of Kunashir Island. Smirnov has been extensively eroded by glaciers and contains young pyroclastic flow deposits and lava domes. The late-Pleistocene volcano has an active fumarole field on its western flank. The crater in the foreground is the northern crater of the 1973 eruption of Chachadake volcano to the SE. 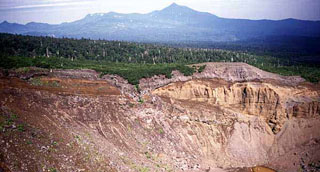