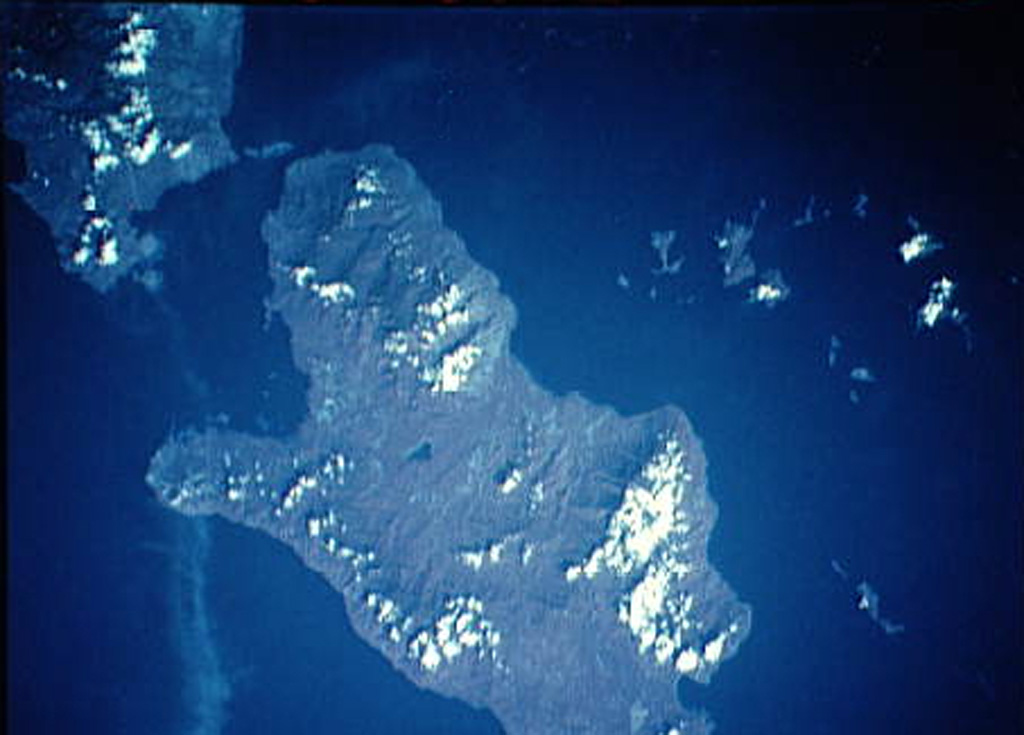 Late Cenozoic volcanic rocks cover much of the Kukuia Peninsula (left center) on the SW side of Fergusson Island and areas north of the peninsula. The Iamalele-Fagululu area, located north of the peninsula and south of the Mailolo metamorphic block forming the NW tip of the island, contains a series of lava domes and lava flows and abundant hot springs and fumaroles. Eight small lava domes are located near Fagululu village and around Salt Lake. Young volcanic rocks are also present on Goodenough Island (upper left). 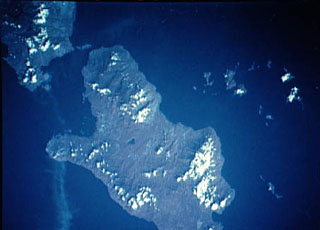