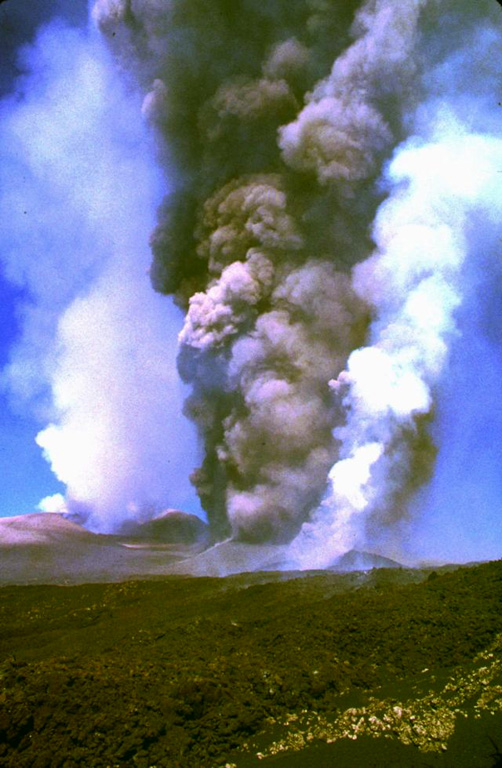 Two days after the onset of the eruption on the morning of 28 October 2002, the southern vents of Etna produce ash and gas plumes. The white plume on the right comes from the lava vent, and the plume in the left background is from the summit craters.