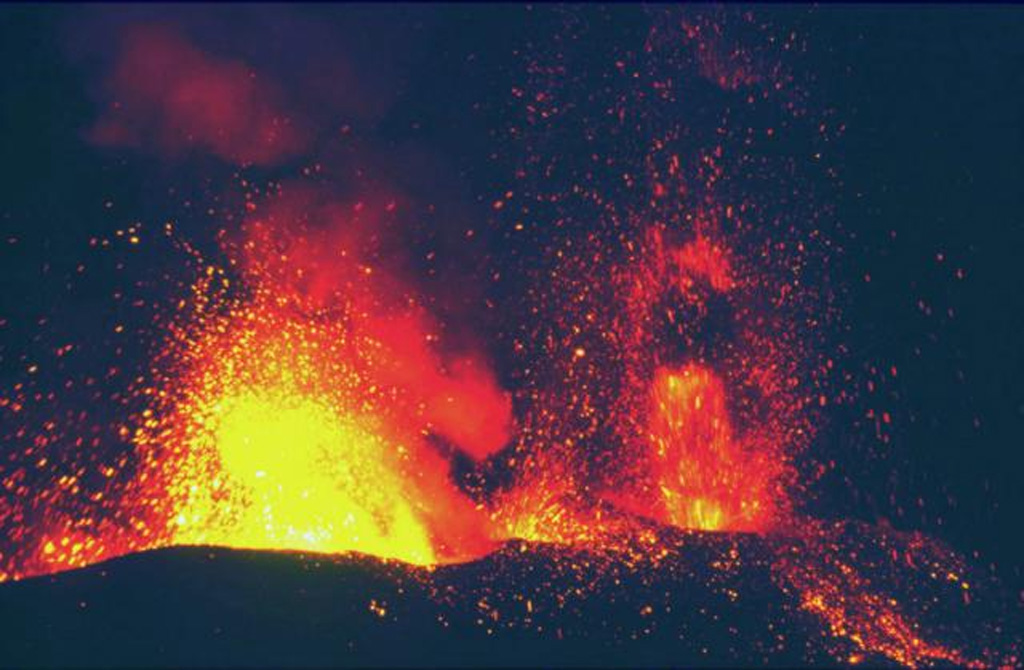 An eruption at Etna on 30 October 2002 shows incandescent lava fountains and associated spatter. The photo was taken from Mt. Ponte di Ferro looking E. This was part of an eruption that began on 26 October. Lava fountaining began on 27 October from fissure vents on the N and S flanks.