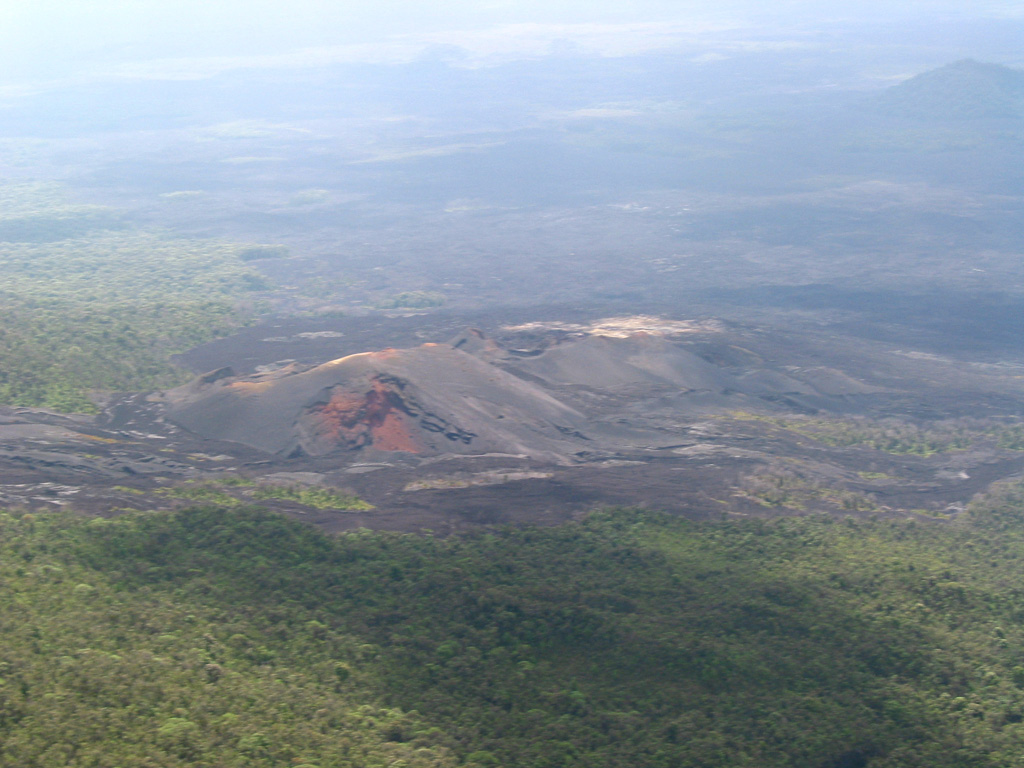 An aerial view of the SE flank of Nyamuragira shows scoria cones that may have formed during an eruption in 2000. The eruption began the morning of 27 January from a fissure on the SE flank near the site of the 1989 eruption, and included explosive activity and lava effusion. Activity diminished by the 31st, but satellite imagery showed thermal anomalies from lava flows on 10 February.