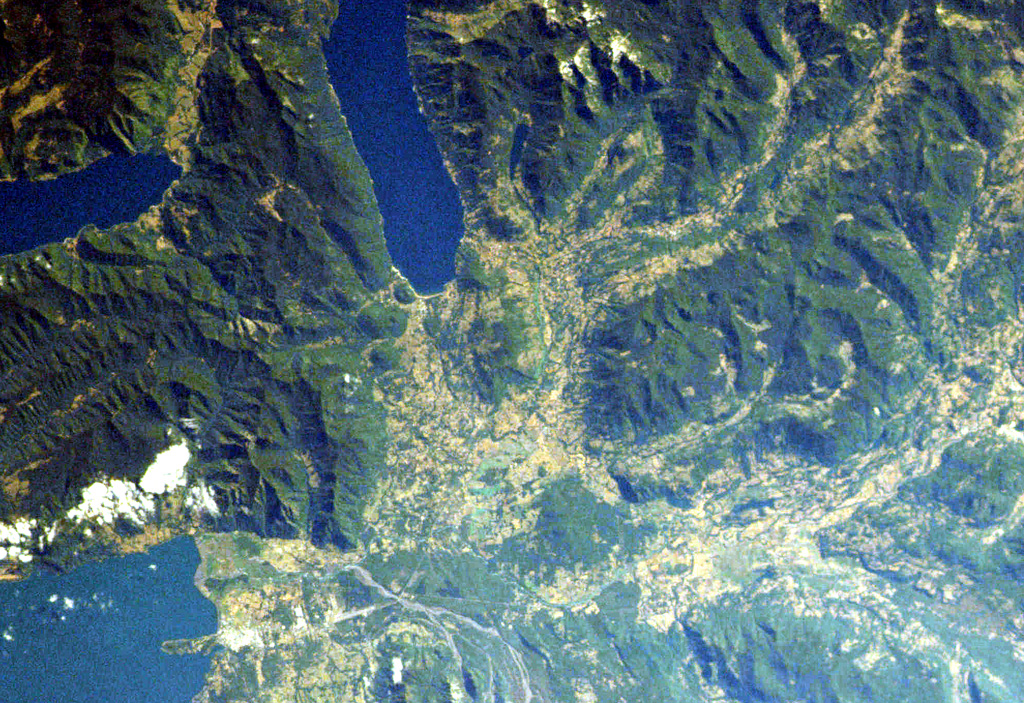 Four groups of basaltic cinder cones lie along the major regional N-S-trending Liquine-Ofqui fault zone, which trends parallel to Lake Caburgua (top). The northernmost group of cones lies at the southern end of Lake Caburgua and was the source of lava flows that dammed drainages, forming the lake. The southernmost group, Huelemolle, is the rounded forested area between two rivers at the bottom-center. Two other cone groups lie to the east of Caburgua and Huelemolle. Lake Villarrica is at the lower left, and Colico Lake is at the upper left. 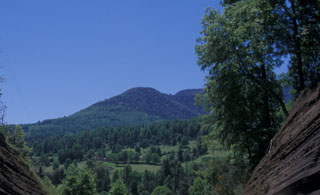