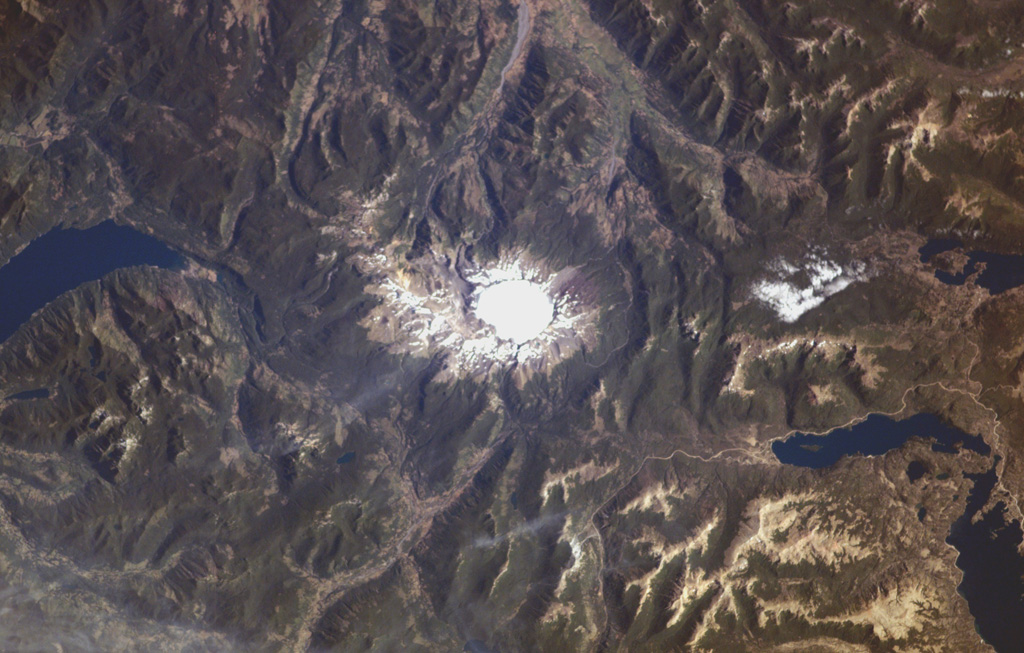 Ice-filled Sollipulli caldera forms a bullseye at the center of this NASA Space Shuttle image with north to the upper right. The tip of Lake Caburgua is at the left, and Laguna Aluminé at the lower right. The 4-km-wide caldera may have a non-explosive origin, but post-caldera eruptions formed a series of dacitic lava domes along the caldera rim, and the 1-km-wide Alpehué crater, which cuts the SW rim, was the source of a large plinian eruption 2900 years ago. The volcano was active as recently as about 700 years ago. 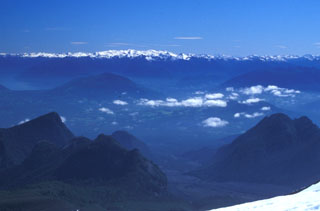