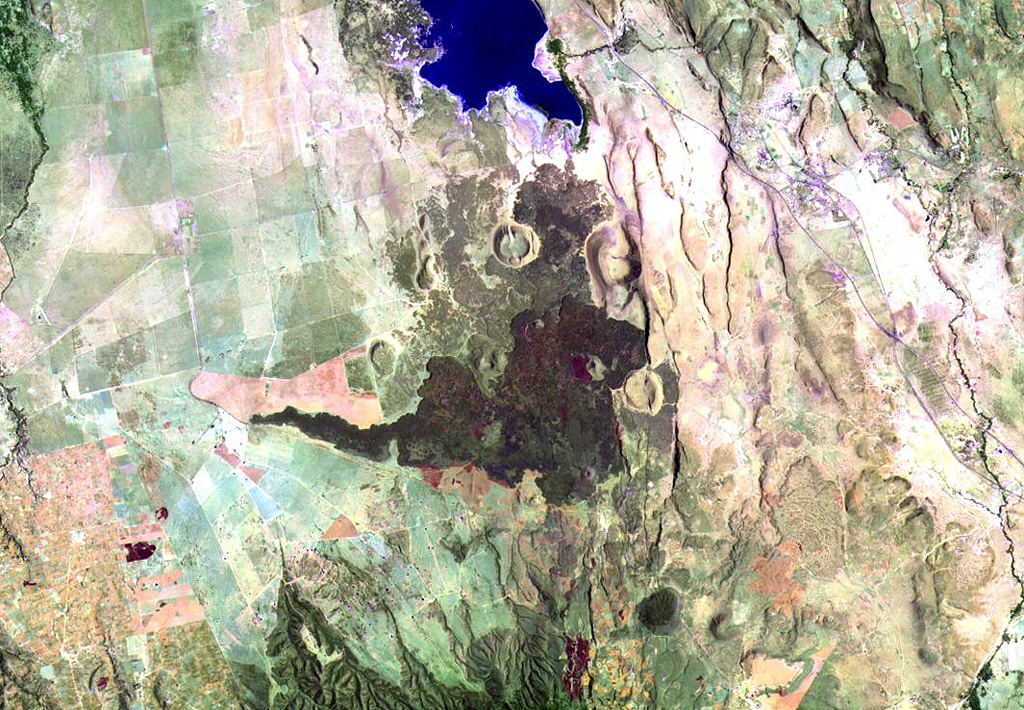 Prominent dark lava flows (center) erupted from vents in the Elmenteita Badlands, located between Lake Elmenteita (top) and Eburru volcano, the flanks of which appear at the bottom of this Landsat image. Cones and lava flows of varying ages are visible, some of which post-date the 10,000-year-old high-stand of Lake Elmenteita and are of Holocene age. 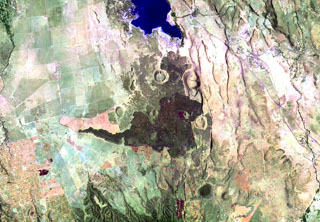