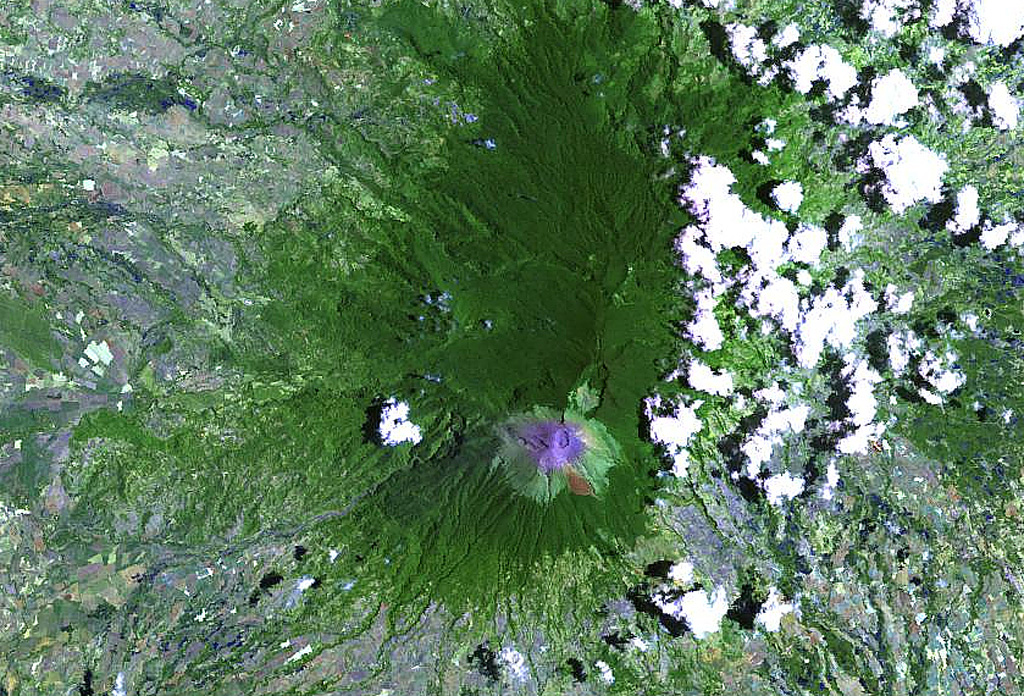 Kanlaon is the most active volcano of the central Philippines and the highest point on the island of Negros, lies at the southern end of the summit ridge and overlooks a 15 km2 caldera to the N. Five major vents are aligned NNE within the smaller active crater. Eruptions recorded since 1866 have typically consisted of small-to-moderate phreatic explosions that produce minor ashfalls near the volcano.