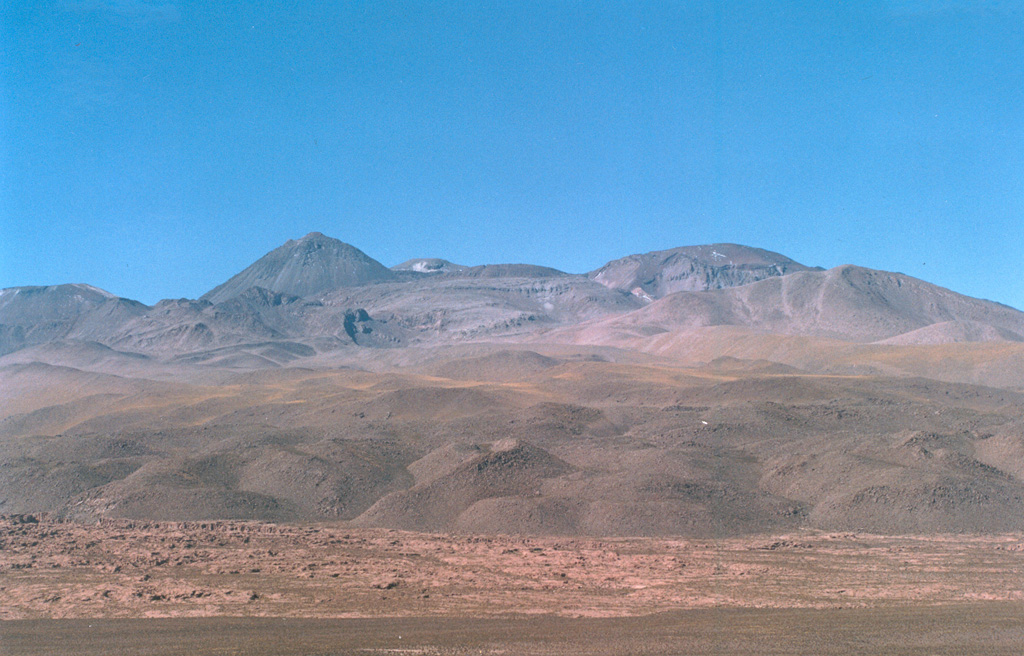 The western side of the Sairecábur volcanic complex is seen with thick, blocky lava flows in the foreground. This chain of andesitic-dacitic volcanoes along the Chile-Bolivia border contains at least 10 postglacial centers and stretches from Escalante volcano on the north to Sairecábur volcano on the south. The highest peak, Sairecábur, is located on the northern margin of a 4.5-km-wide caldera. An active sulfur mine is located north of the volcano. Escalante has a crater lake at its summit and youthful lava flows on its flanks. 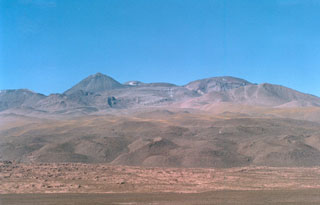