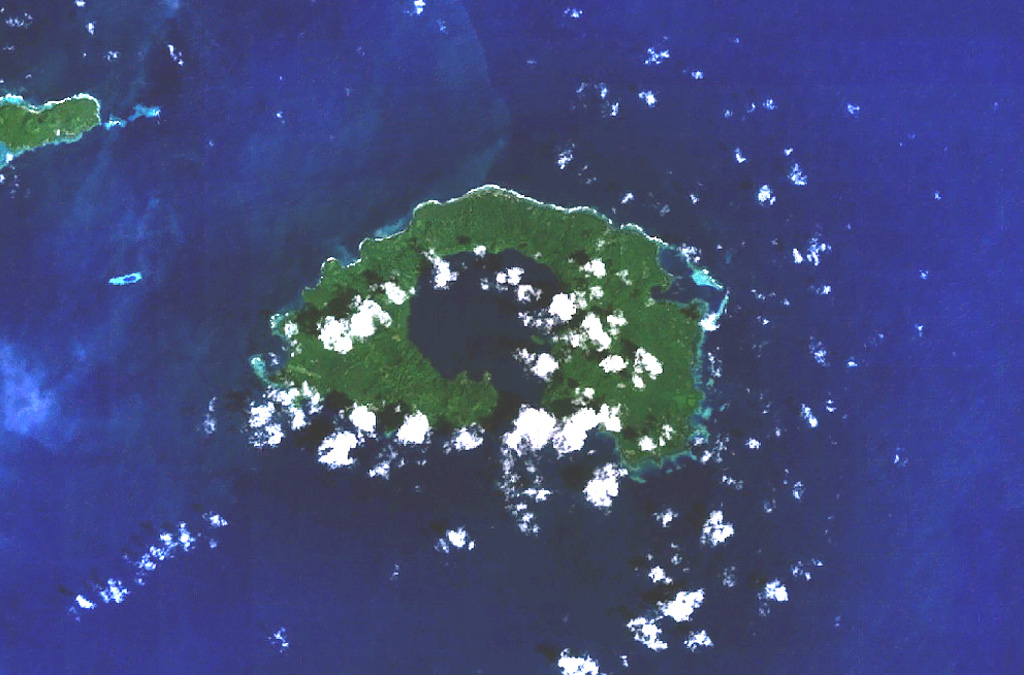 The most prominent feature of Garove Island, located N of New Britain, is a 5-km-wide caldera that is flooded by the sea through a narrow breach on the S side of the island, forming Johann Albrecht harbor. Satellite cones formed along the NE and SW coasts of the 12-km-wide island. No historical eruptions are known from Garove (also known as Vitu, or Witu), but the preservation of fresh lava flow structures on the NW coast suggests an age as young as a few hundred years. The E tip of Mundua Island is visible at the upper left. 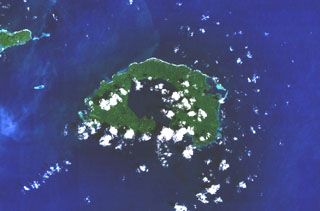