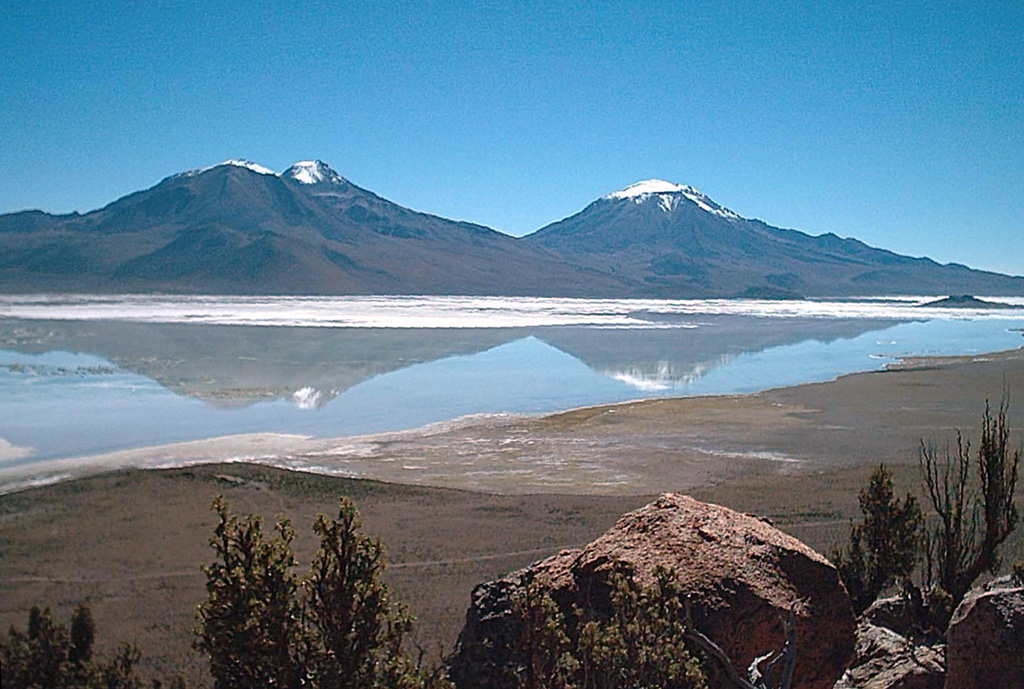 Arintica (left) and Puquintica volcanoes are reflected in the Salar de Surire. Volcán Arintica is the central and most prominent cone of a large volcanic complex that rises north of the Salar de Surire. The volcanoes are extensively dissected, but the latest activity at 5597-m-high Arintica produced a possible postglacial lava flow from a relatively well-preserved summit crater that descended the SE flank, but the age of the volcano is not known precisely. Cerro Puquintica (Poquentica) is considerably older than Arintica and rises to 5760 m. 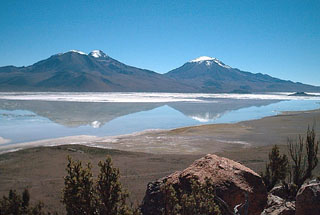