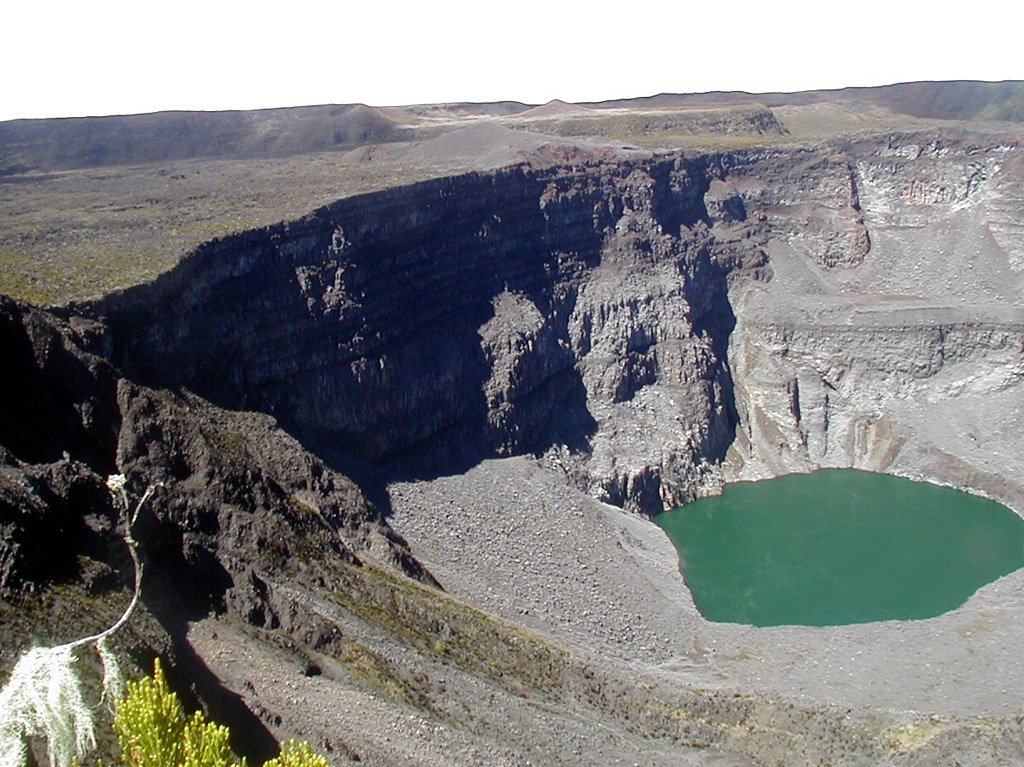 The greenish ~300-m-diameter Chahalé crater lake in the summit caldera complex of Karthala volcano is seen here in August 2003 before an eruption in April 2005. The photo, taken by an automatic camera located at the summit, looks from the NNE towards the SSW. Karthala is the southernmost and largest of the two shield volcanoes forming Grand Comore Island (also known as Ngazidja Island) and contains a 3 x 4 km summit caldera generated by repeated collapse. It has elongated rift zones extending to the NNW and SE.