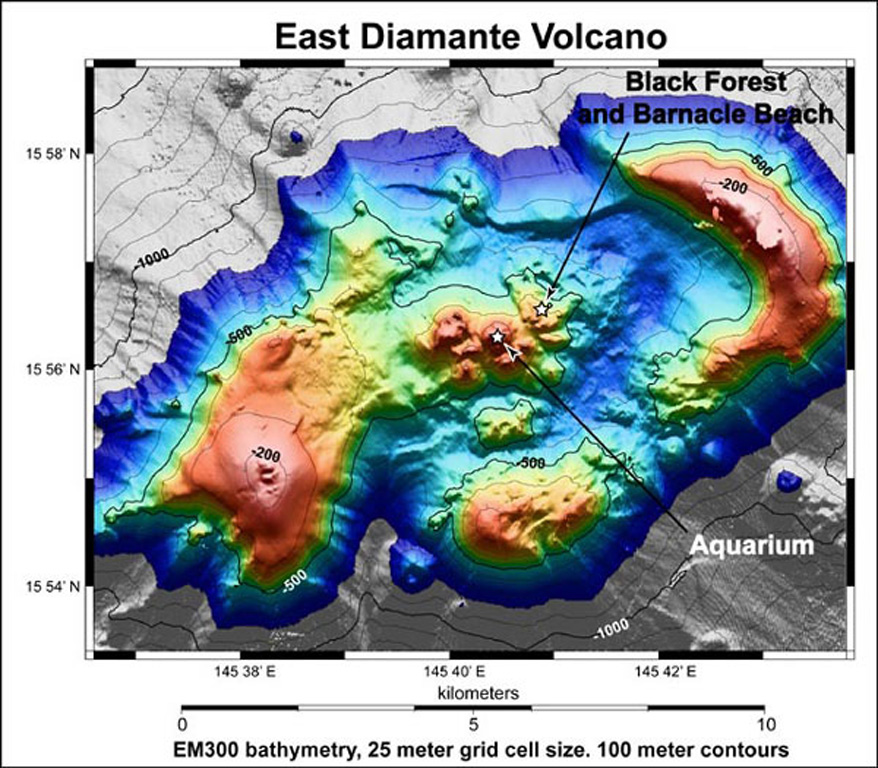 The summit of East Diamante volcano is modeled using bathymetric data collected on the NOAA Submarine Ring of Fire 2002 and 2003 expeditions. A large post-caldera cone lies on the SW caldera rim, and a complex of lava domes was constructed in the center of the caldera. Several hydrothermal areas on the central dome complex are labeled. 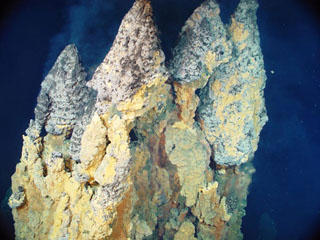