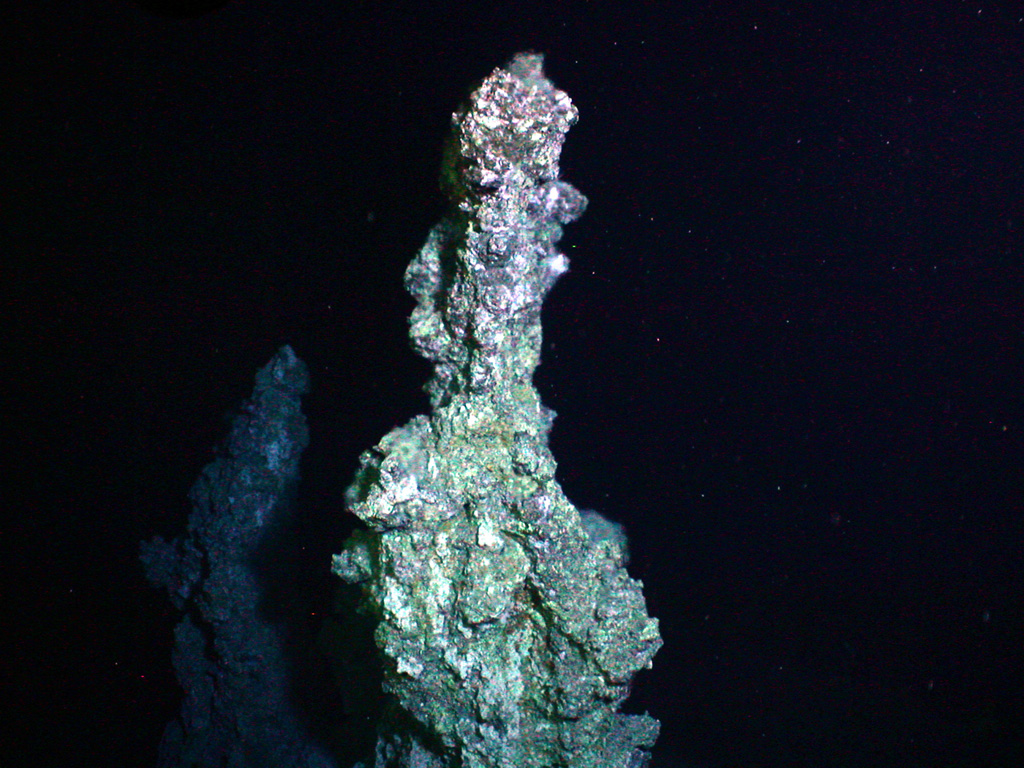 Diffuse hydrothermal venting and sulfide chimneys were observed near the summit of Clark volcano during a New Zealand-American NOAA Vents Program expedition in 2005. Hot water (221°C, 430°F) was sampled at the base of this sulfide chimney, which is almost 6 m high. Clark submarine volcano lies near the lower end of the Southern Kermadec Arc and is the southernmost volcano of the submarine chain that displays known hydrothermal activity. 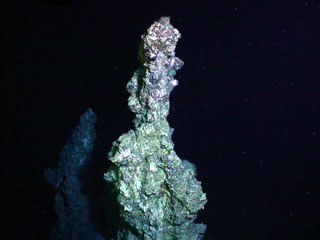