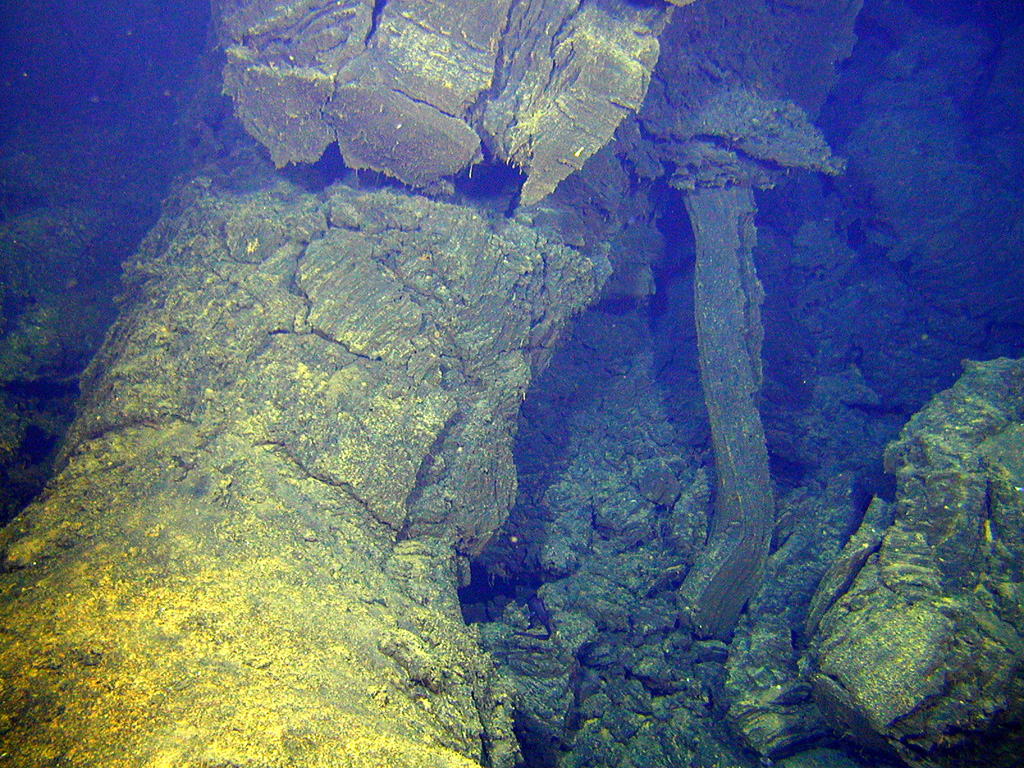 Two submarine volcanoes, known informally as Volcano W, were discovered during a New Zealand-American mapping expedition in 2004. This view taken at the SE volcano from a submersible vehicle during a 2005 expedition shows lava extruding from a tube before it solidified in place. The SE volcano rises to within about 900 m of the sea surface and contains a cone in its summit caldera. 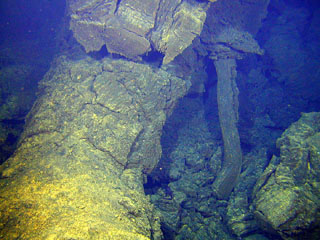