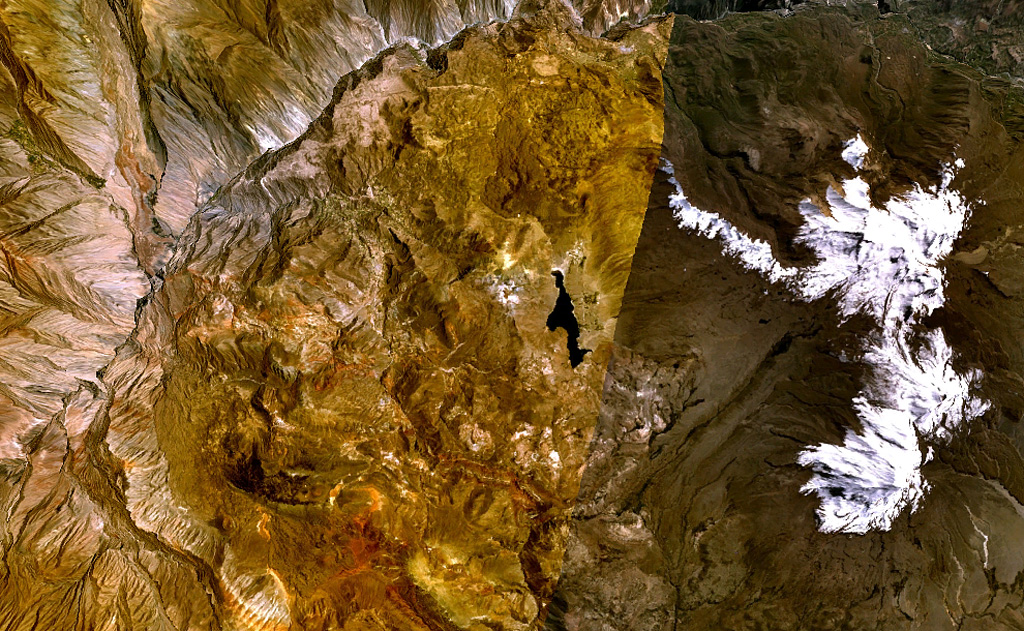 The dark-brown area just north of the elongated black lake at the center of this NASA Landsat image is a lava flow from the northern segment of the Huambo volcanic field. The flows were erupted from the Cerro Keyocc cinder cone about 2650 years ago. The southern part of the volcanic field, the dark-brown area at the SW part of this image, contains several cinder cones and associated lava flows, some of which are inferred to be of early to late-Holocene age. The large glacier-covered massif to the east is the Sabancaya volcanic complex. 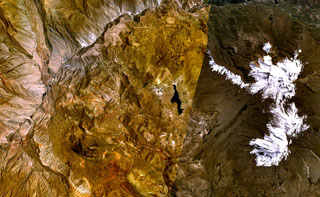