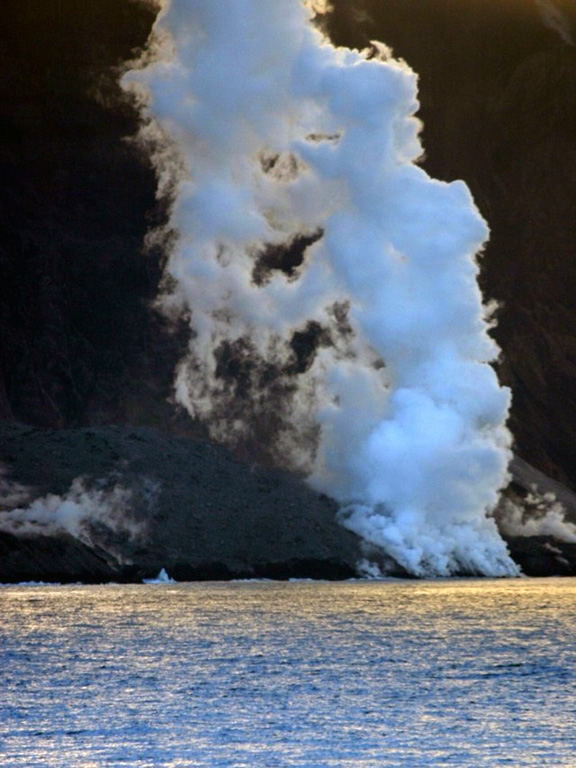 Steam rises from lava flows entering the ocean on the north side of Montagu Island on 13 January 2006. Satellite imagery showed that the lava flow had reached the north coast in September 2005 and began forming a new lava delta.