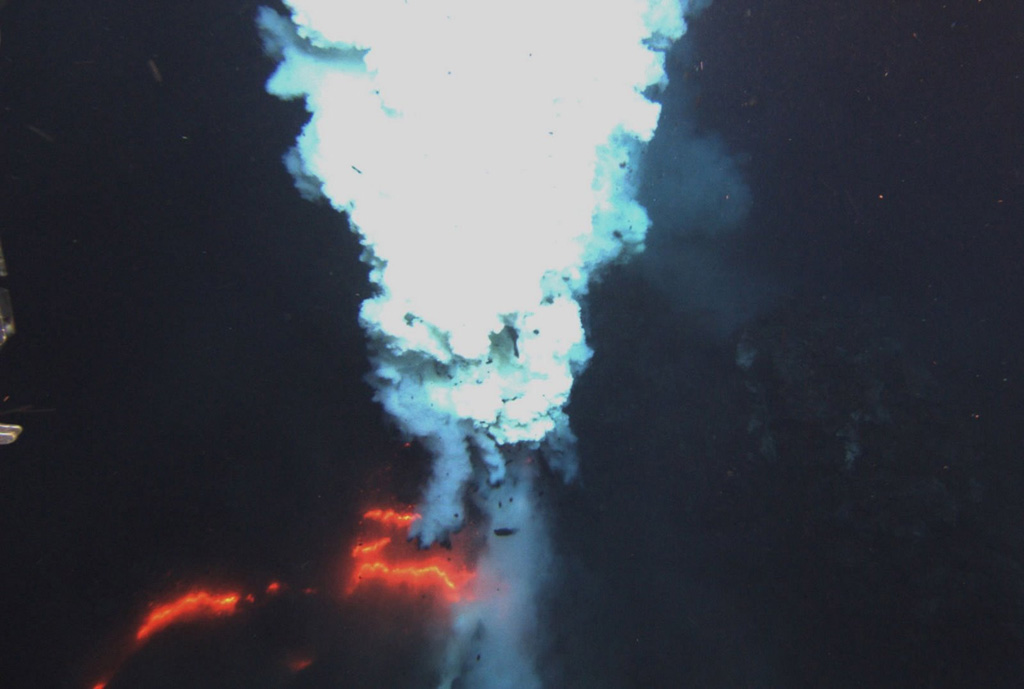 Incandescence and a plume at the Hades vent of West Mata in May 2009, a submarine volcano with a summit more than 1,000 m below the ocean surface. The volcano is located in the northeastern Lau Basin at the northern end of the Tonga arc, about 200 km SW of Samoa. It was discovered during a November 2008 NOAA Vents Program expedition, when West Mata was observed producing submarine hydrothermal plumes consistent with recent or ongoing lava effusion. A return visit in May 2009 documented explosive and effusive activity.