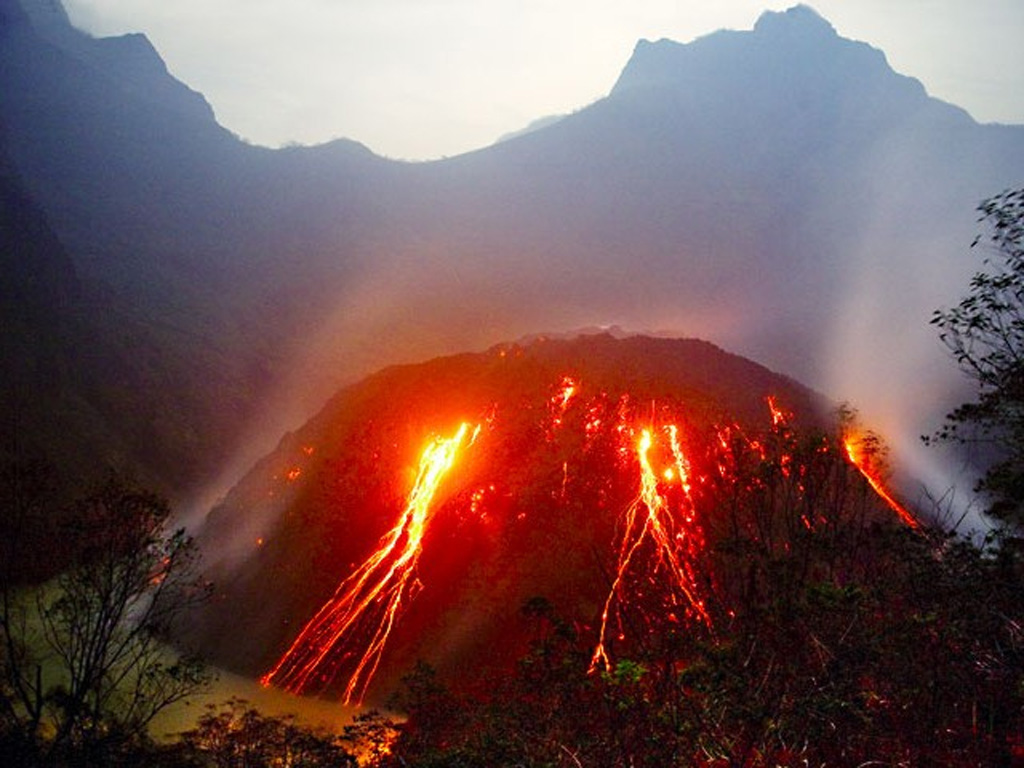 Incandescent blocks from the growing lava dome at Kelud volcano in November 2007 form traces extending into the crater lake (lower left) in this view from the west. Increases in water temperature and color were noted beginning on 11 September 2007. On 4 November a lava dome was seen rising above the lake surface and reached a visible radius of 250 m and a height of 120 m by 8 November. Dome growth had apparently ceased by April 2008, by which time it had filled much of the crater lake.