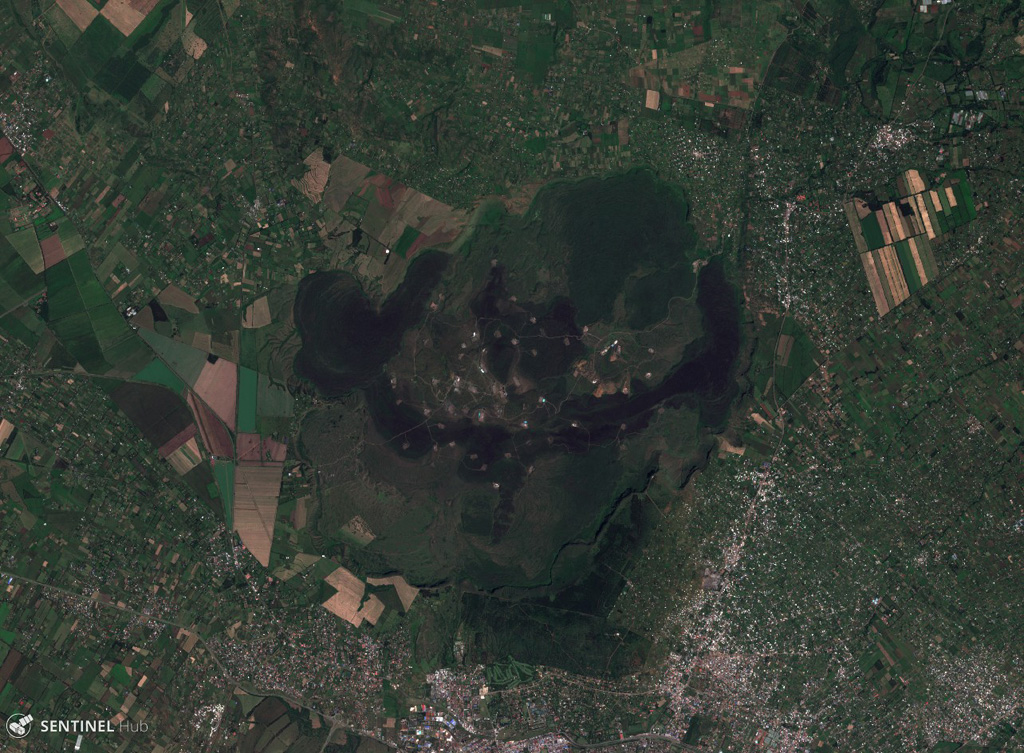 The Menengai shield volcano contains a roughly 8 x 12 km caldera with 300-m-high caldera walls, seen in this 28 November 2019 Sentinel-2 satellite image (N is at the top; this image is approximately 25 km across). Caldera formation occurred during two explosive eruptions, and since then there have been more than 70 events producing lava flows, pumice deposits, and scoria cones. The city of Nakuru lies at the bottom of the image, south of the caldera. 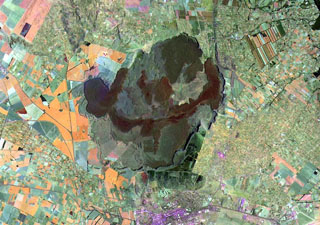