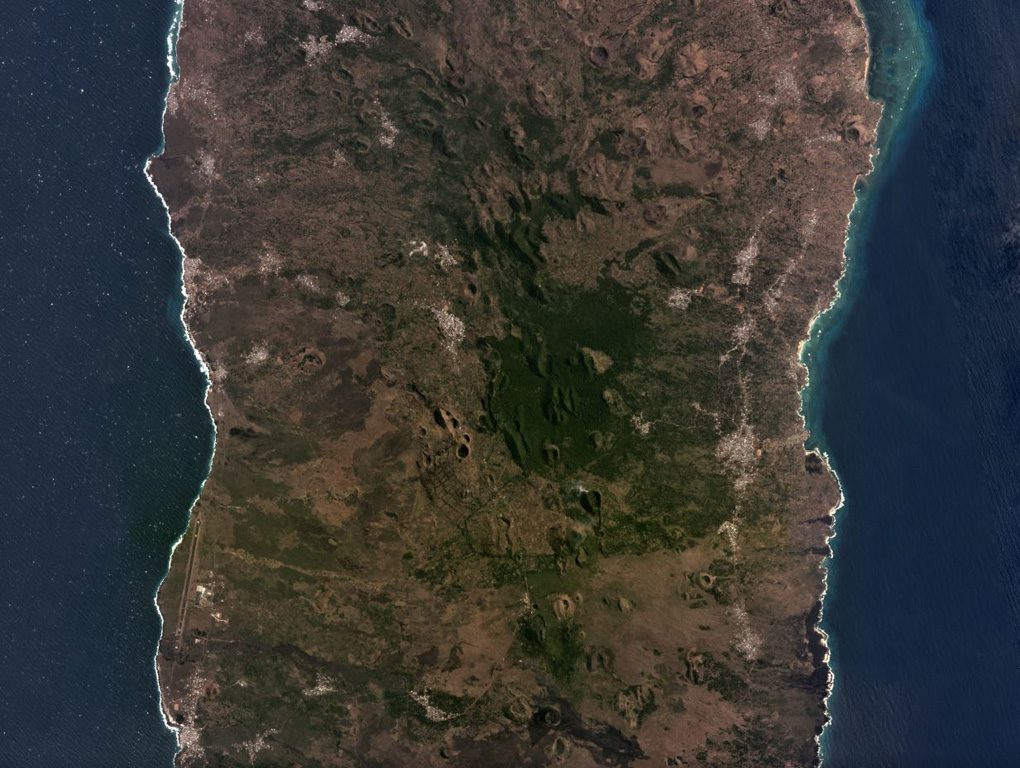 La Grille shield volcano forms the northern third of Grand Comore Island NW of Madagascar, with the larger Karthala forming the southern portion. The island is around 15 km wide in the area pictured. Numerous scoria cones can be seen across the summit region and flanks in this September 2019 Planet Labs satellite image monthly mosaic (N is at the top. Several tuff rings have formed along the northern coast. 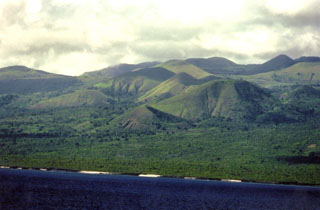