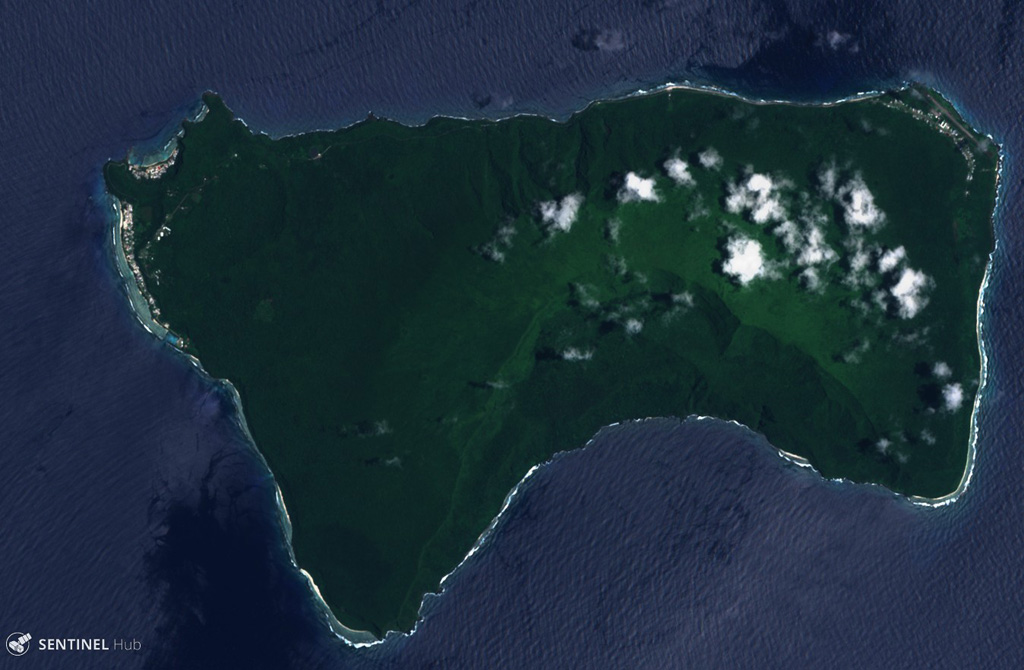 Ta’u Island in eastern American Samoa is the exposed portion of the Lata shield volcano, seen in this 29 October 2019 Sentinel-2 satellite image (N is at the top; this image is approximately 13 km across). Smaller cones and craters have formed across the flanks, and a major flank collapse event around 22 ka resulted in the steep scarps on the southern side of the island.