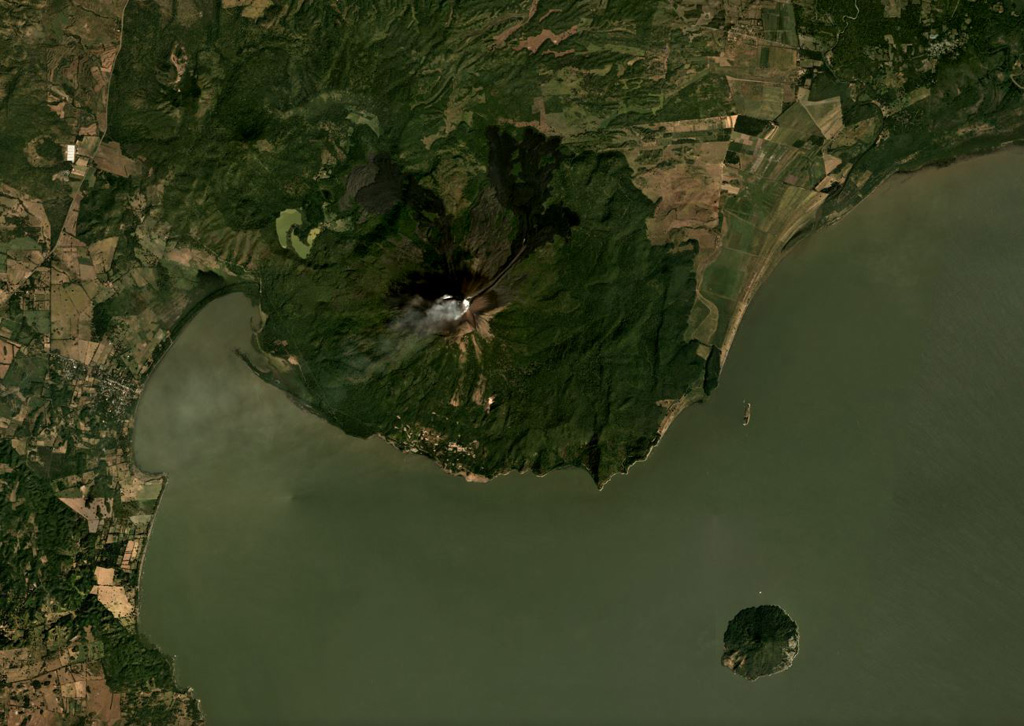 Momotombo rises above the NW shore of Lake Managua and is in the center of this December 2019 Planet Labs satellite image monthly mosaic (N is at the top; this image is approximately 22 km across). Gas emissions emanating from the summit crater are dispersing to the SW. Lava has flowed into Monte Galán caldera on the NW flank towards Cerro Motoso, a cone on the NW caldera rim. The island to the SE is Volcán Momotombito and is part of the Momotombo complex. Lava flows in 2015 were emplaced down the NE flank on top of 1905 flows.