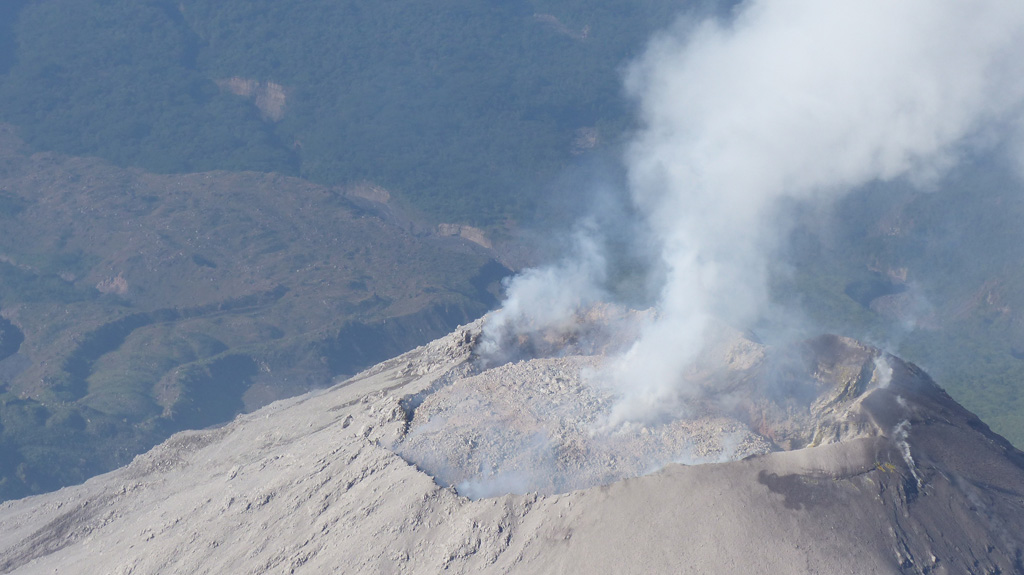 This 28 February 2017 photograph of El Caliente dome summit shows that the dome had nearly filled the crater. Pyroclastic flows from El Caliente are often caused by the partial collapse of an overflowing dome. Weak degassing is visible from the center and perimeter of the dome. Blocky lava flows produced from El Caliente vent are visible in the background.