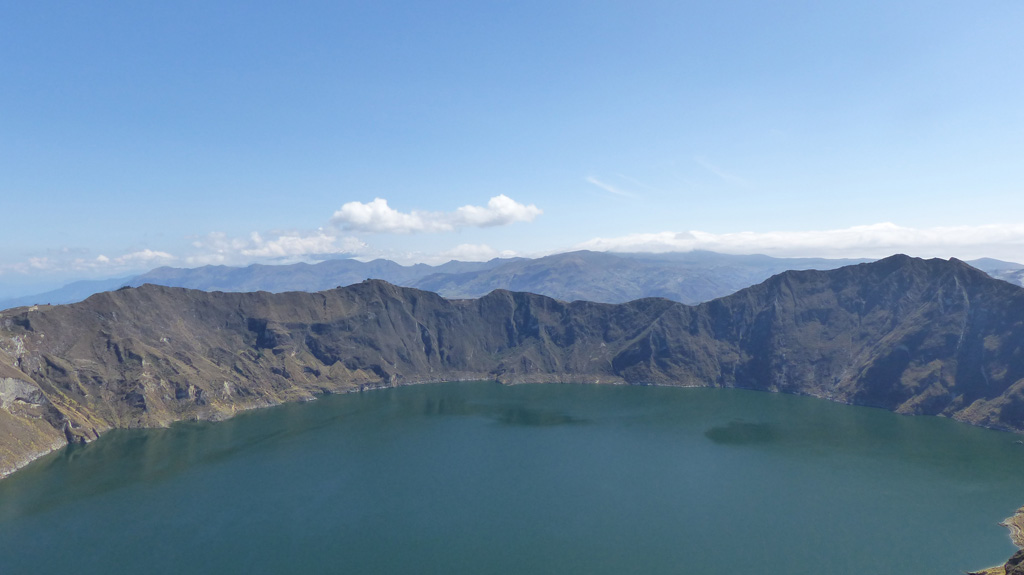 The Quilotoa caldera walls rise around 400 m above the lake, exposing the rocks that formed the previous edifice and intrusions that pushed through them. The high point to the right is the SE lava dome. Bathymetry suggests that several events formed the caldera, with an older and deeper western caldera. 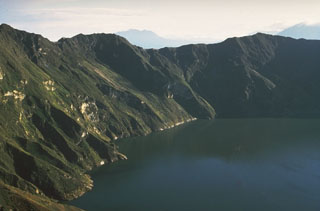