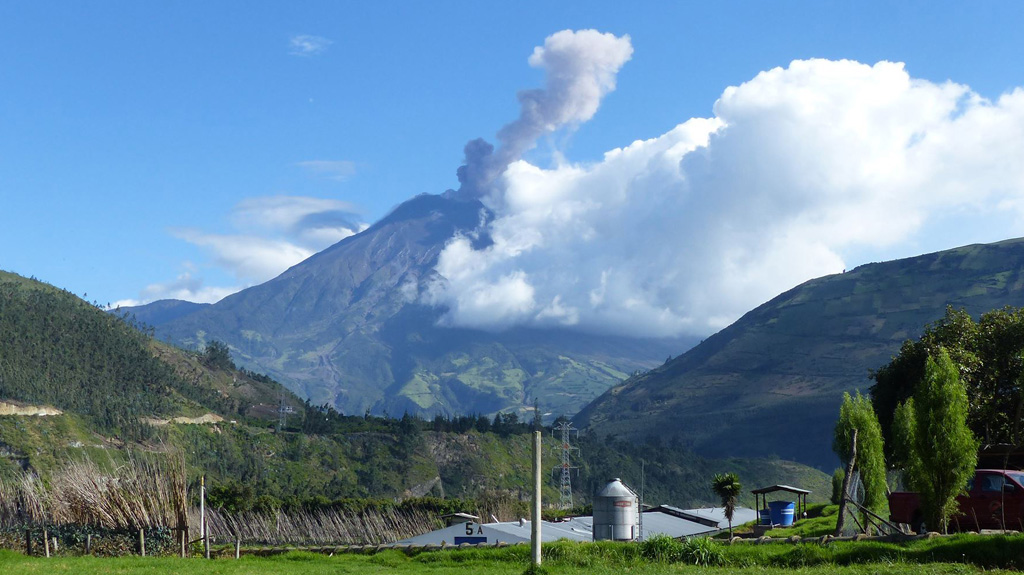 This 21 October 2015 photo shows an ash plume rising from Tungurahua, seen from the Observatorio del Volcán Tungurahua (OVT) to the NNW, near the village of Patate, operated by the Instituto Geofisico de la Escuela Politecnico Nacional (IG-EPN). Activity in 2015 was characterized by frequent ash and gas emissions and a variety of seismicity, including volcano-tectonic and long-period events.