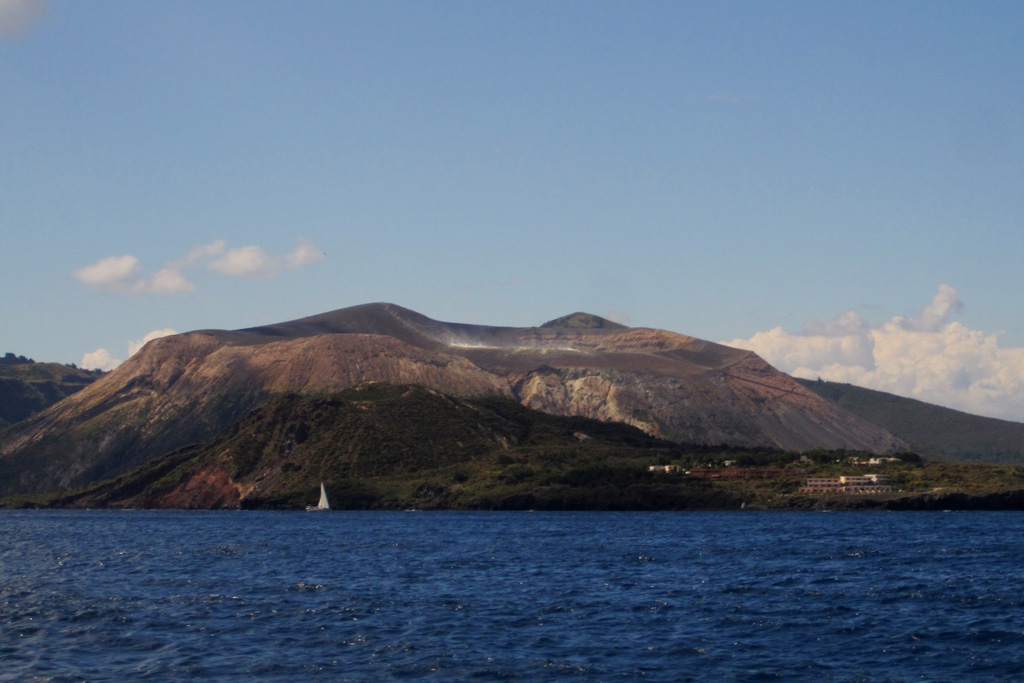 The Fossa cone, formed within the Fossa caldera around 6,000 years ago, is seen here in May 2011. Eruptions there have produced lava flows that reach the base of the cone, pyroclastic surge deposits from phreatomagmatic eruptions, ashfall units, and ballistic ejecta.