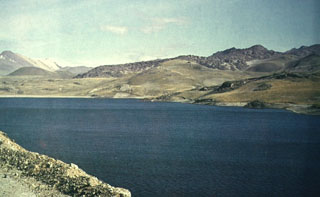 
SERNAGEOMIN reported that during 1-15 March the seismic network at Laguna del Maule recorded a total of 123 volcano-tectonic earthquakes. The largest event was a local M 2.4 located 8.2 km WSW of the lake, at a depth of 4.4 km. One tremor event was also recorded. Recent carbon dioxide emission measurements showed an upward trend and that the area of anomalous emissions had expanded. Deformation rates were higher than maximum averages. The Alert Level remained at Yellow, the second lowest level on a four-color scale. ONEMI maintained a Yellow Alert for San Clemente and recommended restricted access within a radius of 2 km from the center of elevated carbon dioxide emissions.