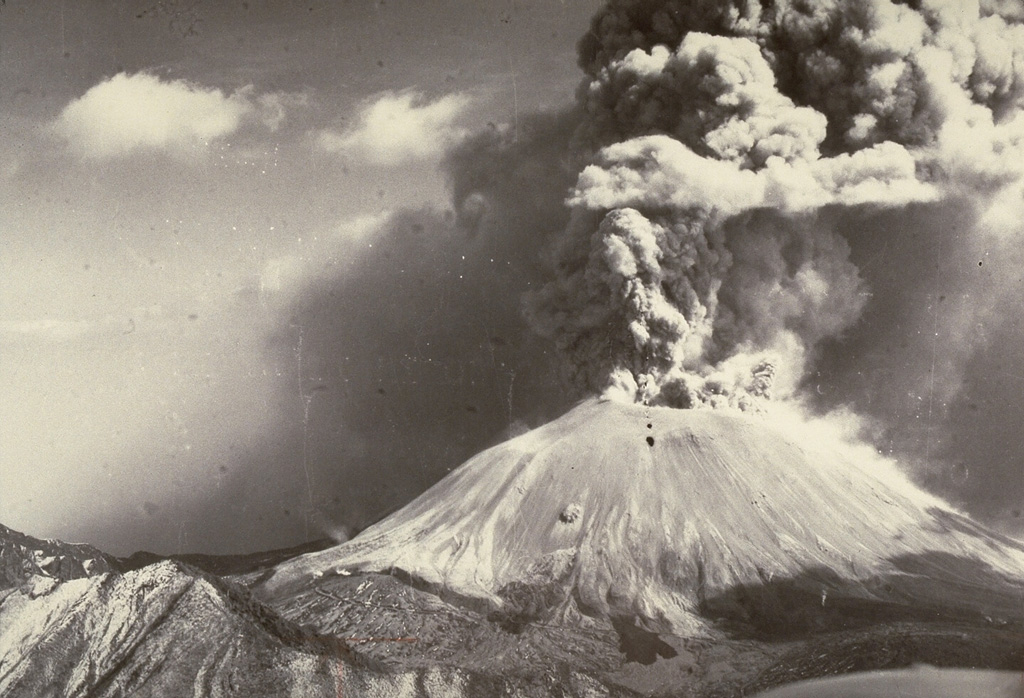 An ash plume rises above the summit of Vesuvius in 1944, near the end of a long-duration eruption that began in 1913. The 1944 eruption produced voluminous lava flows and vigorous explosions that excavated a 300-m-deep crater at the summit. The paroxysmal phase began on 18 March 1944 and ended on 4 April.