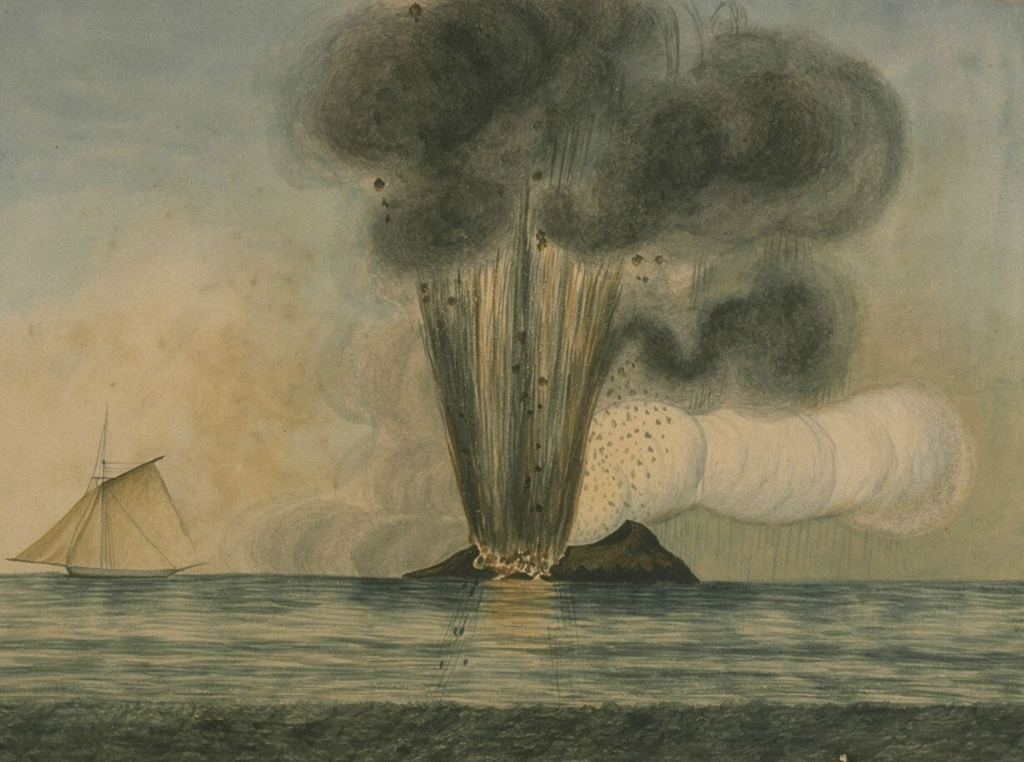 An eruption at Graham Island (Giulia Ferdinandeo) in the Sicilian Sea in 1831. A new island was formed that was promptly claimed by Italy, France, Britain, and Spain. The island quickly eroded to beneath the sea surface after the eruption ended. Graham Island (also known as Ferdinandeo Bank) is part of the Campi Flegrei del Mar di Sicilia (Phlegraean Fields of the Sicily Sea), a group of submarine volcanoes constructed within a depression about 1,000 m deep, SW of Sicily.

From the collection of Maurice and Katia Krafft (published in Simkin and Siebert, 1994). 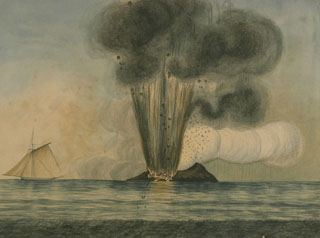