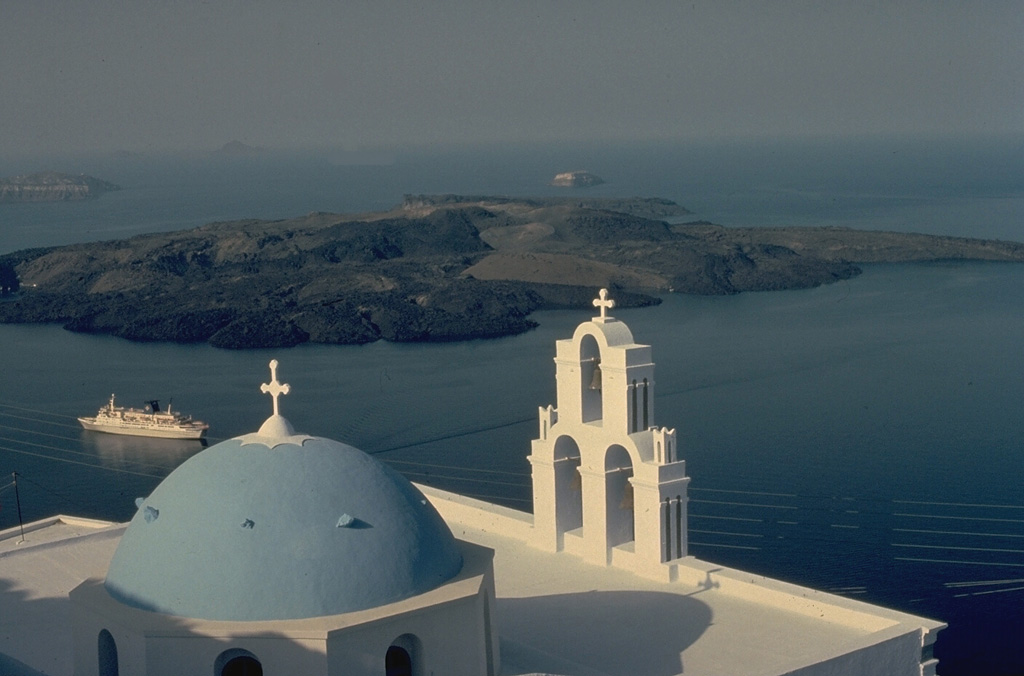 A volcanic cone forms low islands within the largely submerged, 7.5 x 11 km caldera of Santorini (Thera), as viewed from the town of Firá, on the east rim of the caldera. Santorini volcano consists of four partially overlapping calderas, the youngest of which was produced by a major eruption during the Minoan period about 3500 years ago. The Akrotíri Peninsula (upper right) and the small island in the middle distance are parts of the opposite caldera wall. Eruptions from the post-caldera cone have been recorded from 197 BCE until 1950.