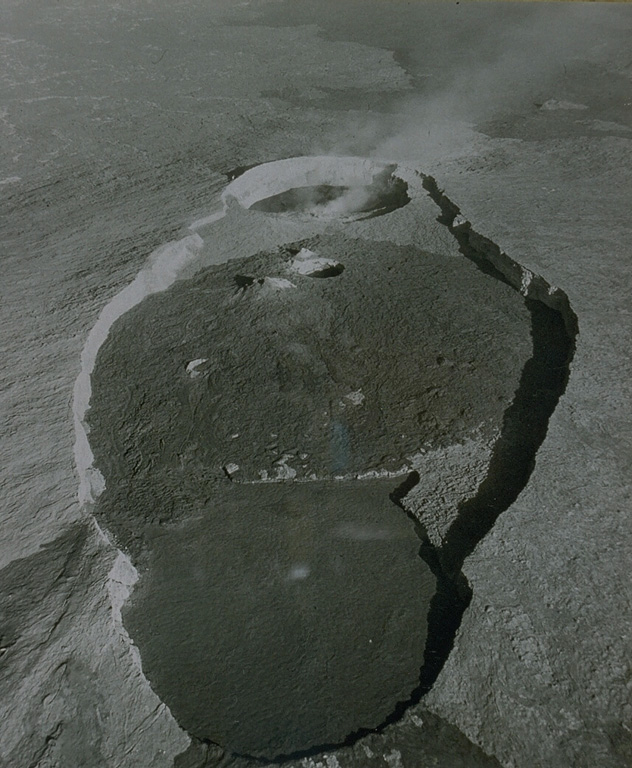 An aerial view looks NW across the axis of the elongated summit crater of Erta Ale volcano. The summit depression is formed by several coalescing craters. Several steep-walled pit craters cut the floor of the elliptical crater. At the time of this 1971 photo, steam rises from the northern of two active lava lakes. Lava overflows from the smaller southern pit crater (near the top of the area covered by dark lava flows) spread across much of the broad crater floor and spilled over its SE rim at the bottom of the photo.