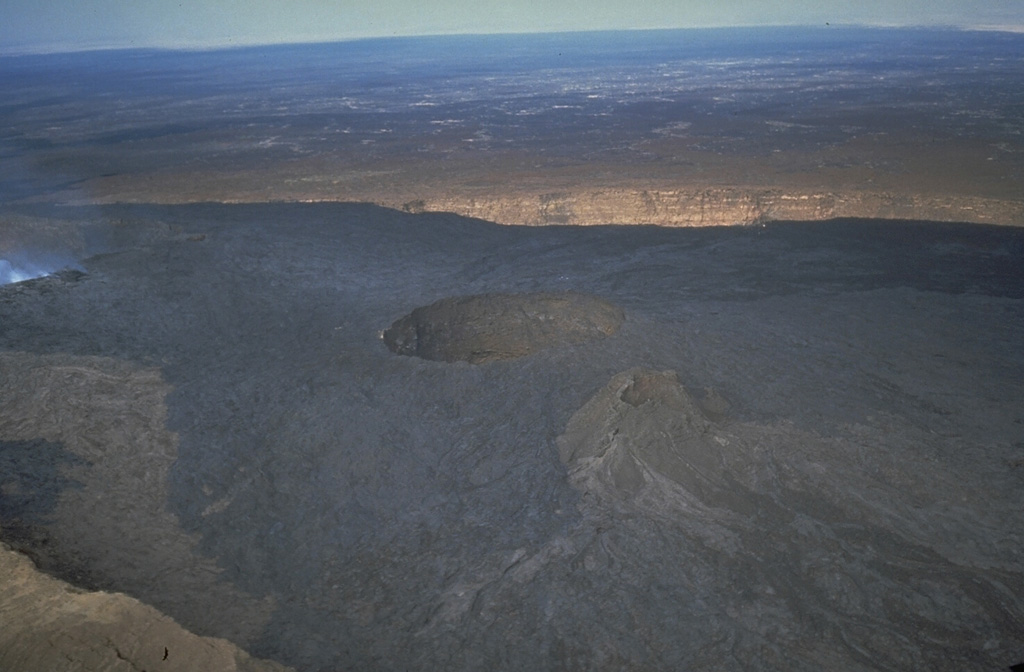 This 1992 view looks S over the summit crater of Erta Ale. A pit crater at the center contains an active lava lake, not visible from this view. Overflows of lava from this crater during 1971-73 diverged around an older cone and covered much of the broad crater floor.