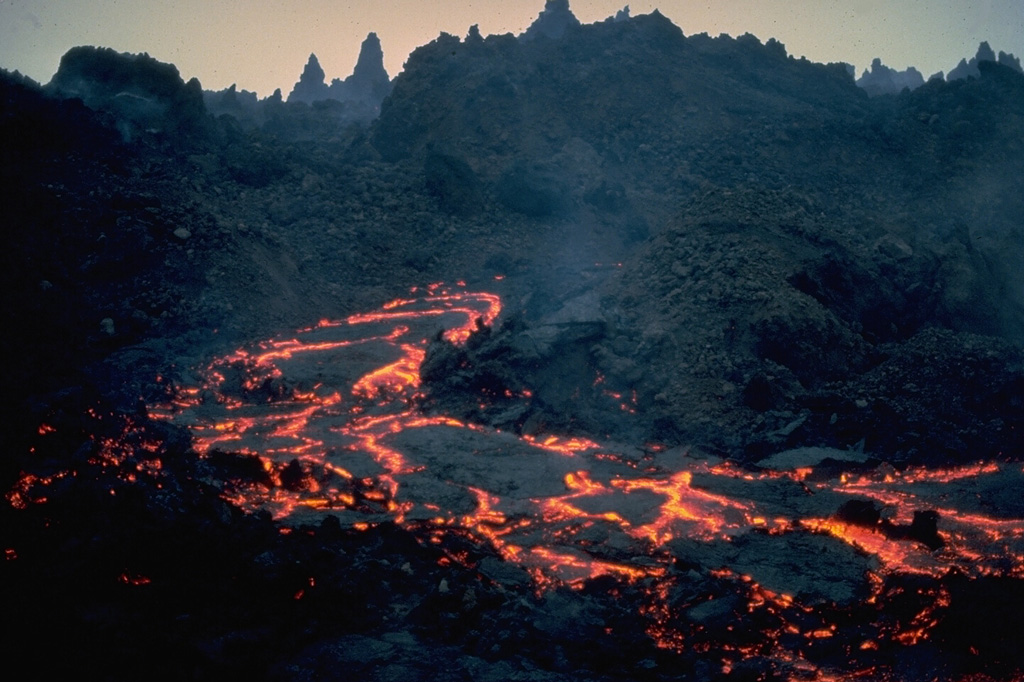 An active incandescent lava channel appears on the spine-covered surface of a rugged aa lava flow at Nyamuragira volcano on January 7, 1982. During this eruption, which began on December 25, 1981, a fissure on the SE flank produced a lava flow that within a few days was 400-m wide. It traveled 26 km through forests on the volcano's NE flanks. This was the longest historical lava flow from Nyamuragira. Substantial tephra emission during the eruption damaged vegetation.