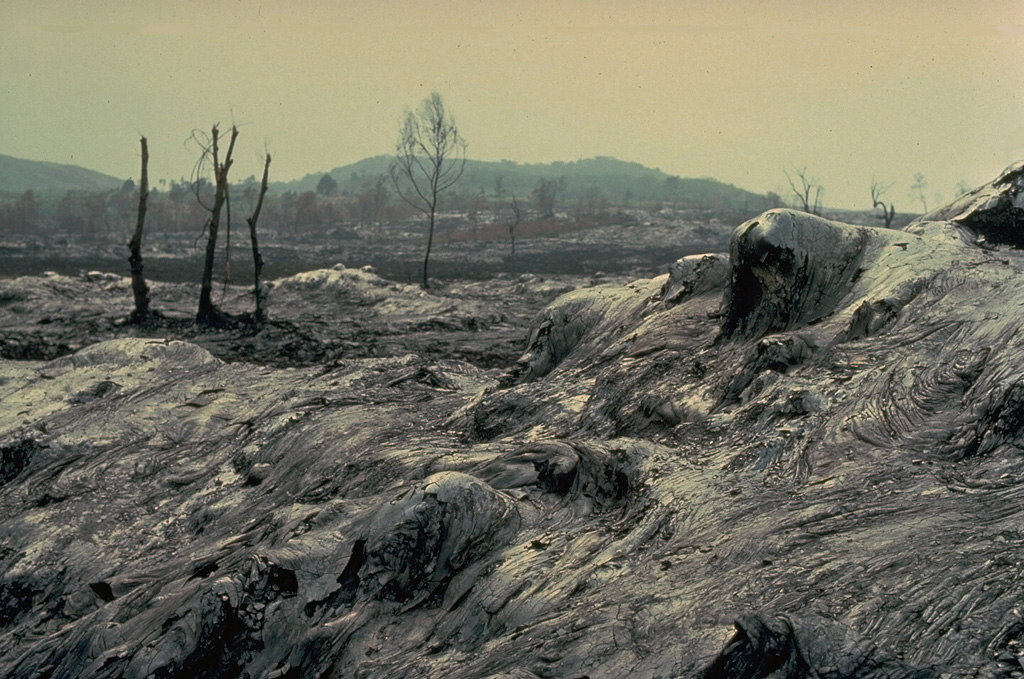 Lava flows produced by the sudden draining of a lava lake at Nyiragongo were extremely fluid. The thin, rapidly moving lava flows issued from fissures on the north and south flanks, and drained the lava lake in less than an hour. The initial velocity of these unusually fluid lava flows may have been as high as 100 km/hour. They maintained an average velocity of 30 km/hour over a distance of 10 km. The high-velocity flows overran several villages and killed 70 people, leaving 800 homeless.