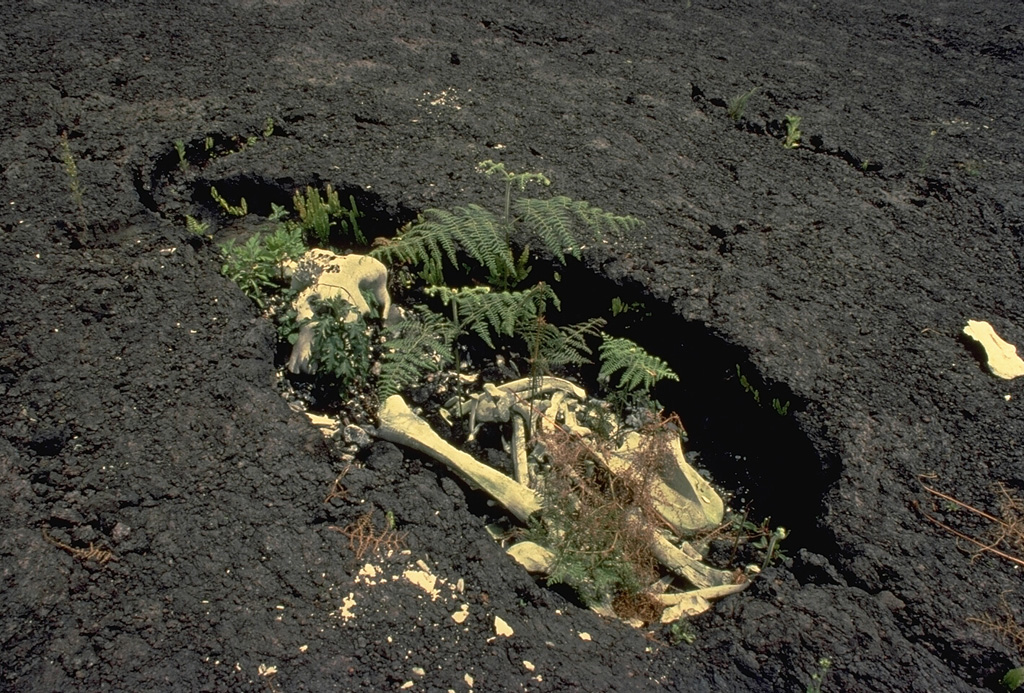 The unusually fluid, high-velocity lava flows produced by the sudden draining of the summit crater lava lake of Nyiragongo volcano in 1977 took their toll on humans and wildlife. The bones of an elephant trapped by the lava flow are contained within the lava-chilled mold of its body. The linear extension at the top left was formed by the animal's trunk. The 1977 lava flows swept down the flanks of the volcano at initial velocities of more than 100 km/hr. The flows killed 70 people and left 800 homeless.