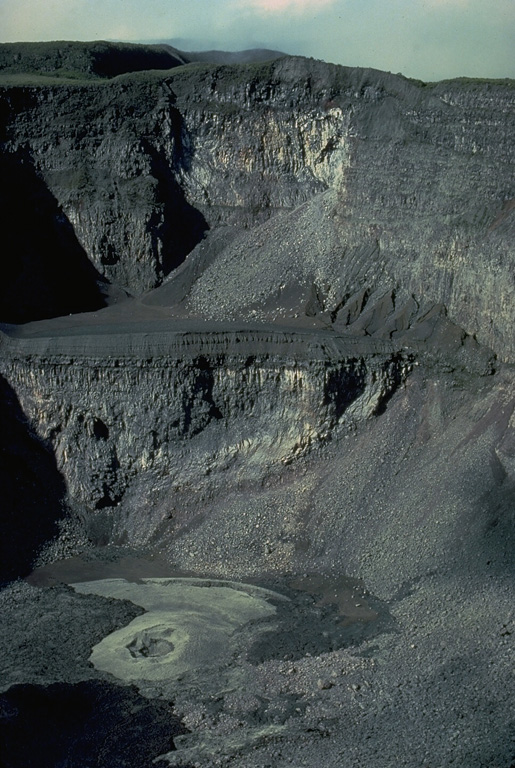 Karthala, the largest of the two shield volcanoes forming Grand Comore Island, contains a compound 3 x 4 km summit caldera. The strombolian cinder cone on the floor of the steep-walled, 300-m-deep Choungou-Chahale caldera, seen here from the north, is surrounded by lava flows from the 1965 and 1972 eruptions. Elongated rift zones extend to the NNW and SE from the summit of the volcano. More than twenty eruptions have been recorded since the 19th century from both summit craters and flank vents.