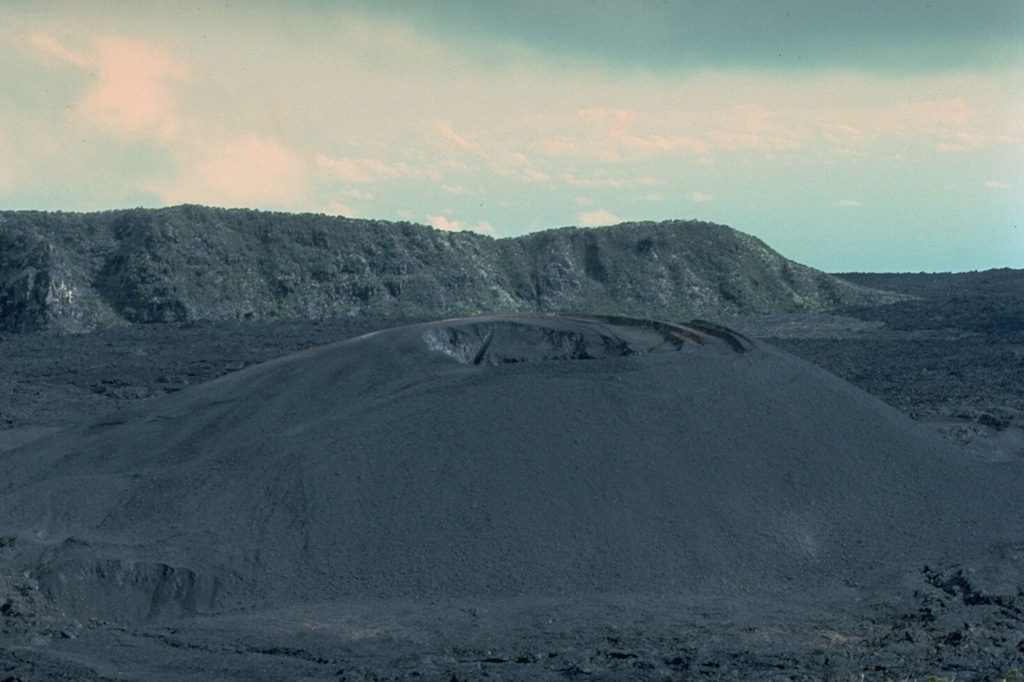 An eruption during September 8-October 5, 1972 occurred from four fissures in the summit caldera of Karthala. Lava flows from the initial stage of the eruption covered the northern caldera floor and traveled through the northern gap in the caldera rim (upper right) 2 km down the NW flank. From September 9 to 12, activity was restricted to a cinder cone (foreground) immediately north of the Choungou Chagnoumeni pit crater. Renewed activity September 13-15 produced lava flows that traveled 4-5 km down the NW flank.