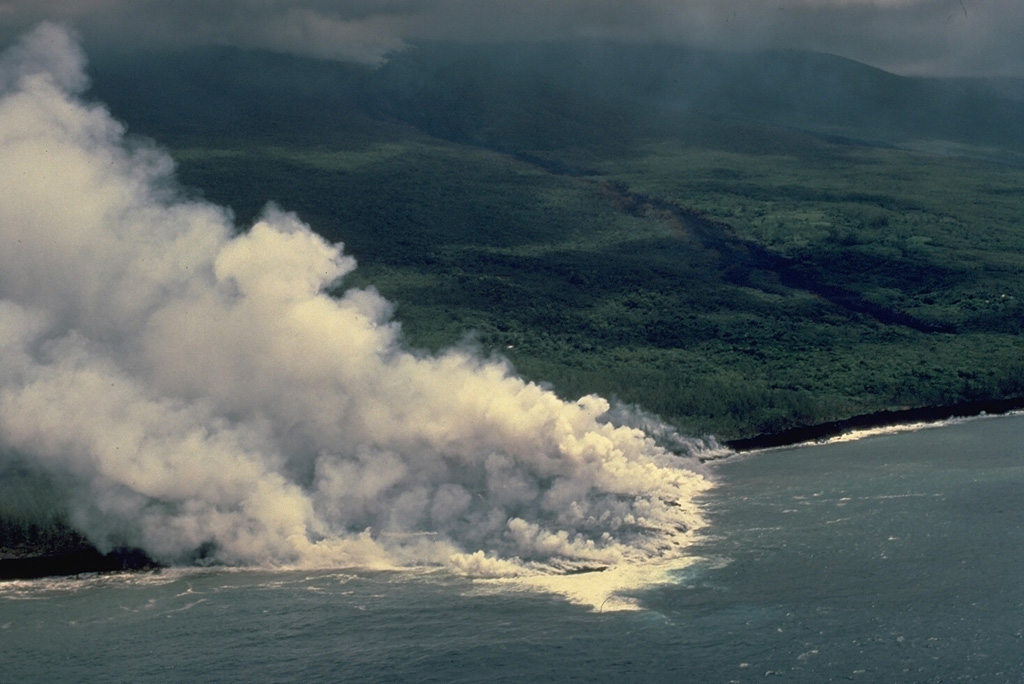 Steam clouds pour from a lava flow entering the Indian Ocean on the SE flank of Piton de la Fournaise volcano in April 1986. The flow originated from a fissure near the coast that opened on March 23. Another SE-flank fissure began on March 20 at 1000-m altitude near Piton Takamaka and produced a lava flow that diverged around the Piton Takamaka cone. The northern lobe traveled more than 4 km to the sea, destroying 8 houses, while the southern lobe stopped only 250 m from the ocean.