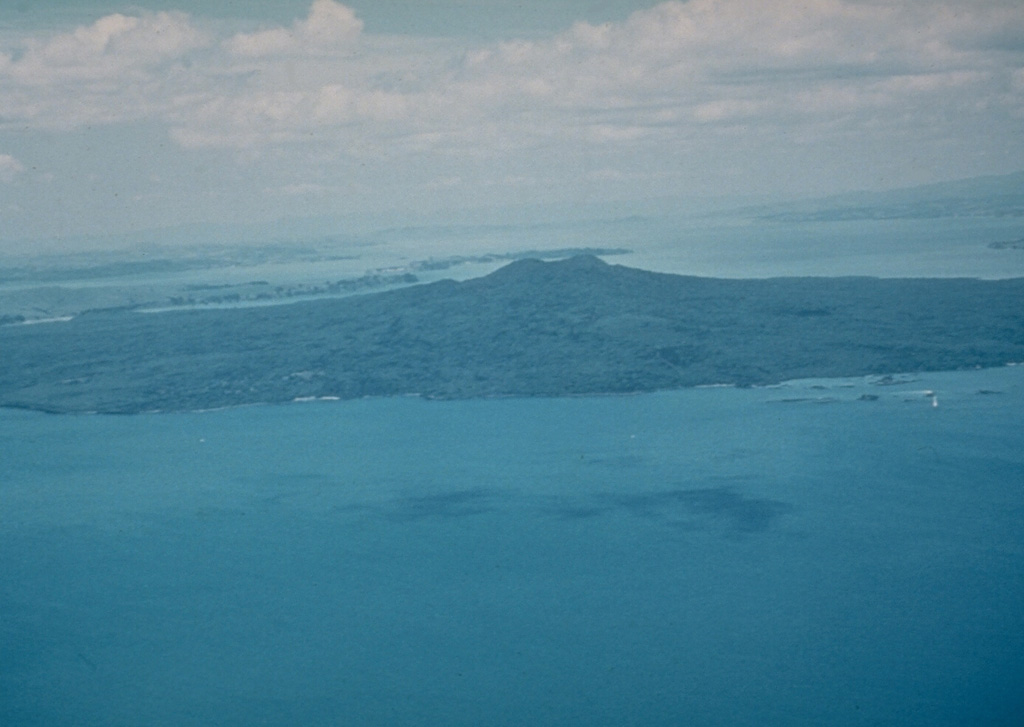 Rangitoto is the youngest feature of New Zealand's Auckland Volcanic Field and forms a 5.5-km-wide island. The volcano, seen here from the NW, erupted about 600 years ago and is capped by a scoria cone containing a deep crater. The 140 km2 Auckland Volcanic Field contains more than 50 maars, tuff rings, and scoria cones. Of the 19 eruptions known to have occurred during the past 20,000 years, only Rangitoto has erupted during the Holocene. 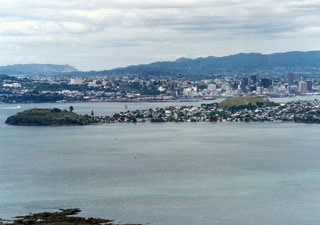