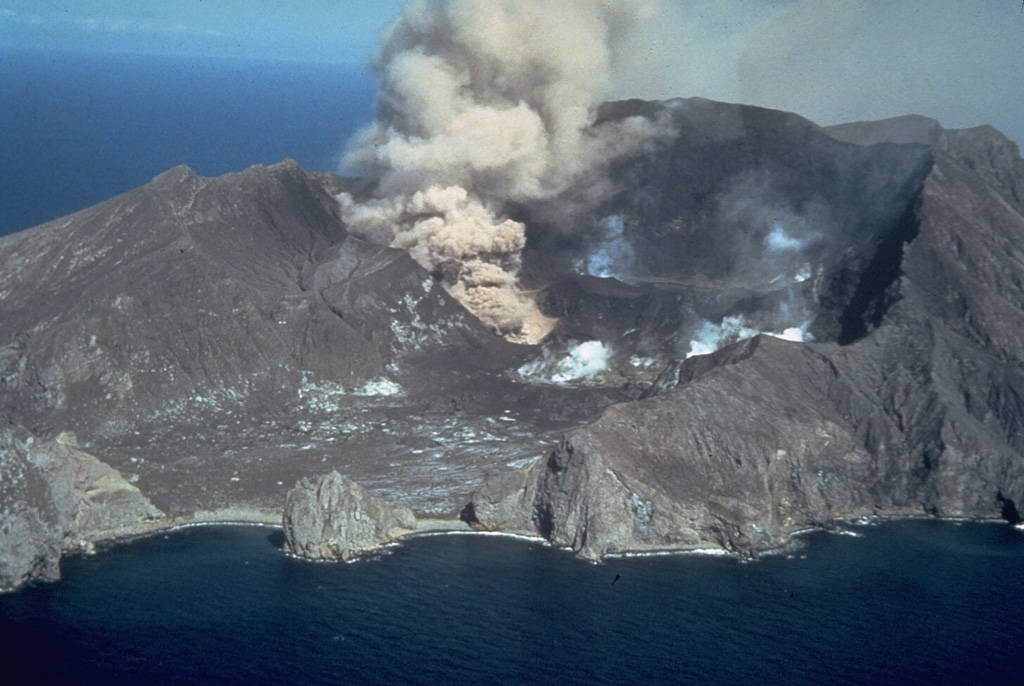 An eruption from White Island (also called Whakaari) on 12 February 1977 is viewed from off the NE coast. The ash plume originates from the Christmas Crater vent, formed the previous year, shortly after the start of the eruption on 18 December. The first 20th century eruption to produce new magmatic material took place a month after the date of this photo. Intermittent phreatomagmatic eruptions continued until late 1981.